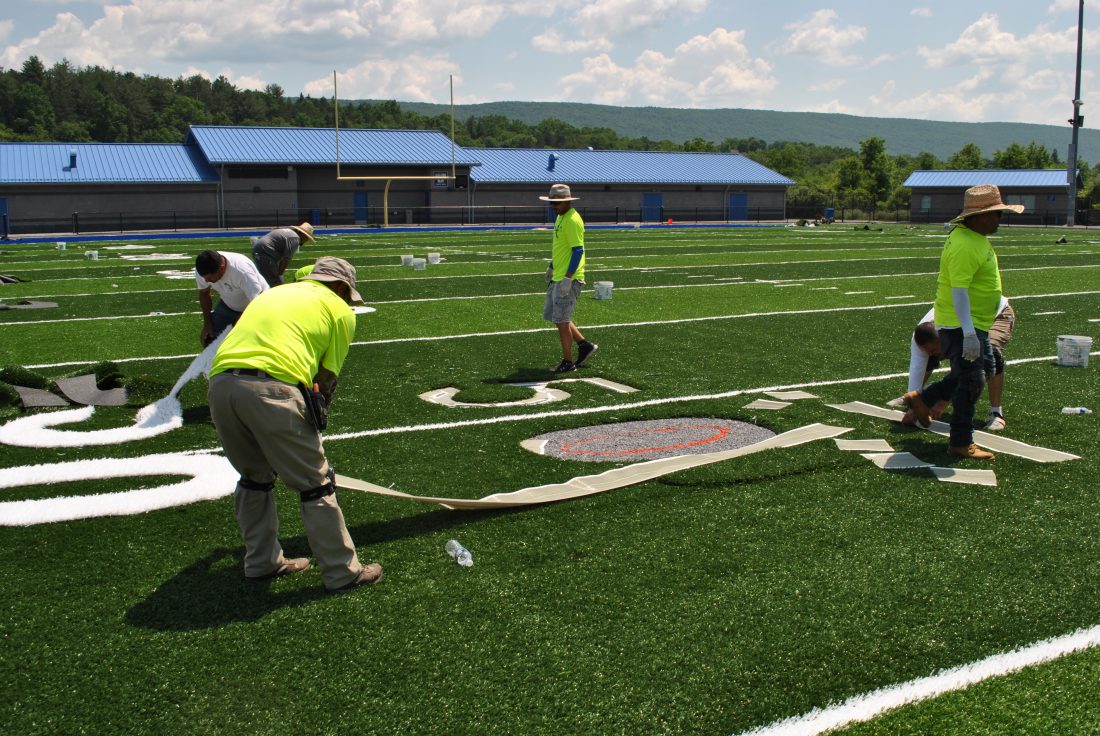 MILL HALL — If there is a high school football season this fall, the Central Mountain Wildcats will be playing on one of the nicest fields in central Pennsylvania.

A new artificial surface is being installed at Don Malinak Stadium at Central Mountain High School. The process began a few weeks ago when the old playing surface was removed.

“One crew was in here and ripped up the old turf and recycled all the crumb rubber from the inside of the field,” explained Rob Pacella, director of Property Services at the Keystone Central School District.

Once the old turf was removed, the new stuff started going in. It comes in rolls — just like a carpet — and has to be sewn together before being permanently installed. Around 90 percent of the turf was down as of Thursday afternoon. Keystone Sports Construction of Exton, Pa., is installing the turf.

“They had a sewing machine that they used to sew down all the joints. They’re continuing with the numbering, the hash marks, that sort of thing. They glue in the numbering and the lettering. That’s really what they’re doing now,” Pacella said. 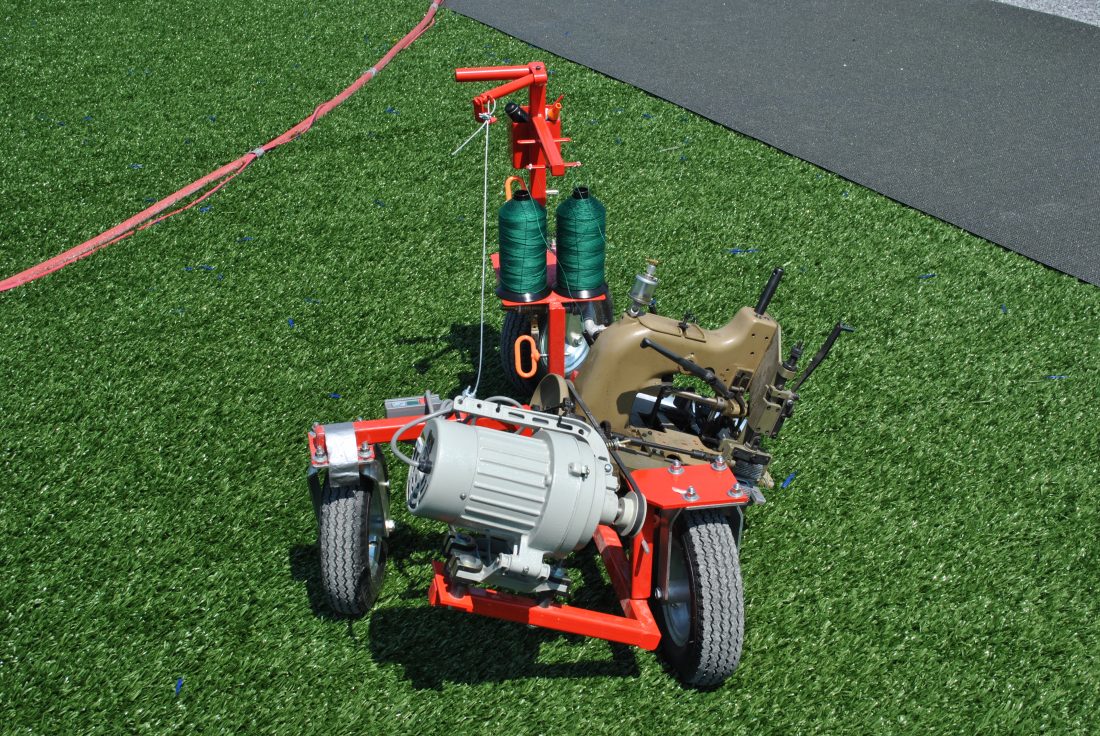 The finishing work, Pacella said, will take around five days and will occur after the Fourth of July holiday weekend.

“The whole process will take about three weeks. They arrived a couple of weeks ago to start ripping it up and recycling all the stuff that they could. This crew arrived on Monday to start putting the new turf down. By mid-day Thursday, all the turf was down and they were just doing numbers and stuff. The final touches. We’re making great progress,” Pacella said.

The end zones are completely blue and void of any logos or lettering, which kept costs lower. According to Pacella, the turf is state of the art.

“We’re hoping to have a field that lasts longer than the last one. It has a 10-year warranty. We’re hoping to get closer to 15 out of it. Time will tell,” Pacella said.

The multi-use field will be used for football, boys’ and girls’ soccer and other special events, such as graduation. Of course, the field will also serve as a physical education teaching station used daily by up to 600 students at the high school.

According to Don Mansfield, the District Program Leader for Health and Physical Education, students enrolled in adapted physical education are able to participate at a greater capacity and with less risk of injury on the updated level turf. Outside of a flat surface, the turf is extremely safe and students requiring the use of wheelchairs can be mobile and are able to be included in all activities on artificial turf, Mansfield said.

Mansfield said that safety was becoming an issue on the old turf.

Pacella said that the new turf should be relatively easy to maintain.

“You have to clean it often, but the big thing is the playability. It can rain 15 minutes before the game and we can still play. We don’t have to worry about mud and those sorts of things. Regular (grass) fields are good for about 20 games a year. When you get over that, they really start to get beat in and it’s hard to grow grass. When you’re limited on space and have a lot of use, this is a great thing,” Pacella said.

“The turf project is one of many KCSD facility projects that is funded by our new low-interest loan,” said KCSD superintendent Jacquelyn Martin. “We are in the process of securing corporate sponsors who wish to advertise on the new turf field.”

Martin said that the district is also making improvements to Bucktail High School’s grass field, which is used for classes and athletics.

With temperatures expected to be in the 90s next week, putting the final touches on the field will be challenging. However, Pacella believes the crew from Keystone Sports Construction is up to the task.

“I think they’re used to it. They build these all over the country,” Pacella said. “They’ve got cases and cases of water. They stagger their guys. They know what they’re doing. They really do.”

The first regular season event on the new turf is scheduled for Friday, Aug. 28 — a varsity football game between Central Mountain and Shikellamy. 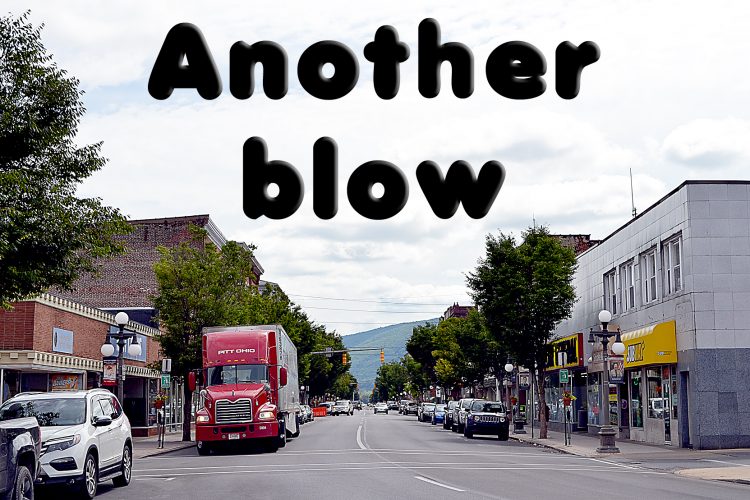