Top of the class

BAHS grad Stephanie Liliedahl is No. 1 in her Airforce class

PHOTO PROVIDED Airman Stephanie Liliedahl is congratulated for her accomplishments after completing Basic Military Training at Lackland Airforce Base.

PHOTO PROVIDED Airman Stephanie Liliedahl is congratulated for her accomplishments after completing Basic Military Training at Lackland Airforce Base. 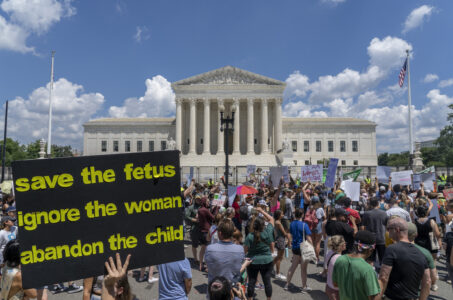 For one Bellefonte Area High School graduate, a long and winding road has led to the top. Stephanie Liliedahl, a graduate of Bellefonte’s Class of 2019, recently completed Basic Military Training at Lackland Airforce Base in San Antonio, Texas. She was there for nearly eight weeks. In mid-June, a two-day graduation was held. Liliedahl finished No. 1 in her class out of 776. Additionally, she received the Top Airman Award.

“It was exciting,” Liliedahl said of the honor. “It’s kind of a big deal.”

To receive the Top Airman Award, Liliedahl had to meet and exceed standards in physical fitness, living area inspections, leadership points and the end of course exam.

Staff Sgt. Matthew Richards recruited Liliedahl. He said that seeing her earn the award didn’t come as a surprise.

“It’s a huge accomplishment,” Richards said. “I was amazed by her determination. When I was recruiting her, she was always on top of things and went above and beyond.”

Success doesn’t come easily, though. Liliedahl explained her path to the top.

“Right out of high school, people said, ‘you should try college for a few years.’ So I went to Slippery Rock University for a few years and I did the Army ROTC program there. It just didn’t work out for me personally. I wasn’t a big fan. I decided that I was going to step away from college and give myself a year to figure out what I wanted to do,” Liliedahl said.

After taking a gap year, Liliedahl had to make a decision. It was either go back to school or enlist.

“I decided to reach out to a recruiter like I always wanted to do,” Liliedahl said. “I sent an email and I started the process. It all worked out, 100 percent.”

The next decision was a four- or six-year contract.

Ultimately, Liliedahl would like to get the RN and become an officer.

Once she was in, the fun began. At first, she said, she just wanted to “keep her head down.” But her name, she said, got her some attention.

“My last name is a bit of a weird one. It was day three and they were like ‘how do you say that one?’ Once they know your name, they know you and they tend to go to those same people,” Liliedahl said.

Liliedahl comes from a military family. Her father, Scott, was in the Army.

“I wanted to be like him. I wanted to do what he did but cooler,” she said with a laugh. “And I want to be the first female officer in my family.”

By choosing a path to the military, Liliedahl said that she’s found exactly what she’s been looking for. She’s focused on Aerospace Medical Services.

“A typical 9 to 5 job … for 40 or 50 years of my life is not really what I want to do. There’s more to the world than central Pennsylvania. There are so many sights to see, so many places to go,” Liliedahl said.

In the military, Liliedahl will get to see the United States, and potentially, the world.

“I can be an EMT, similar to an LPN or even like a combat medic and they can go anywhere in the United States and anywhere overseas, which I think is pretty cool,” Liliedahl said.

At the present time, Liliedahl is stationed at Fort Sam Houston, which is near San Antonio, Texas. Does she miss home? Yes and no.

“I miss it here and there. There are some things that Bellefonte and central PA have that nowhere else in the world has,” Liliedahl said. “But I’ve also seen it for 21 years of my life. I’m ready to go out and explore more. If I end up back there, then it was just meant to happen.”

Judge vows to move quickly on dispute over mail-in votes

Bo Miller resigns from KCSD board

LOCK HAVEN — A noticeable lack of rainfall has city staff requesting its residents and customers conserve ...

LOCK HAVEN — Music and art will blend together in an epic way for the 7th Annual LH JAMS Music and Art Festival ...