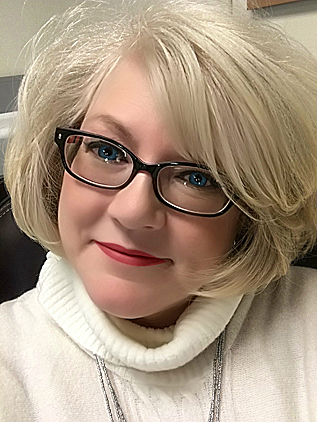 STATE COLLEGE — A new Executive Director has been chosen to take the helm of the Wildlife for Everyone Foundation (WFEF), the non-profit organization committed to wildlife conservation and education in Pennsylvania. Susan Hawthorne, an experienced professional in the human service non-profit arena, brings a myriad of knowledge to this position.

Experienced in leadership and management, Hawthorne specializes in program development and evaluation, strategic planning, communications, fundraising and donor cultivation. Previously, she served as a former executive director and director of development/communications for three non-profit organizations in Centre and Clearfield Counties. In addition, Hawthorne worked as executive liaison for Black-board/Schoolwires, Inc., an education technology firm based in State College. She also worked in the radio broadcasting field for 25 years as a news director and reporter/radio personality.

“We are excited to have found an experienced individual such as Susan to guide the future direction of the Wildlife for Everyone Foundation. Susan possesses the right blend of qualifications to continue the Foundation’s momentum into its next phase of expansion that began under the former Executive Director, Jerry Regan, who now serves as a trustee on the Board,” remarked Russ Schleiden, Chairman of the Board.

Hawthorne holds a B.S. in Organizational Leadership and a M.S. in Strategic Leadership from Mountain State University, Beckley, West Virginia. She received a M.P.S. in Community and Economic Development from Penn State University. She and her husband reside in Boalsburg.

The vision of the Wildlife for Everyone Foundation is to be the leading advocate for wildlife conservation in Pennsylvania. The foundation was formed in 2004 to provide all wildlife enthusiasts with a way to show their commitment through much-needed financial support for wildlife conservation efforts and education. Since its inception, the Foundation has raised millions of dollars to support projects including wildlife and wetland habitat improvements, creek and lake restorations, the Seedlings for Schools program and student educational opportunities. The Foundation’s mission connects all wildlife and nature enthusiasts to the great outdoors, including birders, hunters, anglers, students and everyone with an appreciation for nature’s treasures.

The Wildlife for Everyone Foundation is currently conducting a capital campaign to develop a Wildlife Center on the Tom Ridge and Julian Wetlands located on Route 220 South between Port Matilda and Julian in Centre County. Persons interested in more information about this project should call 814-238-8138 or visit our website, www.wildlifeforeveryone.org