There is a saying, you reap what you sow, and in some cases what you plant this year will appear next year in another entirely different location. This may be good or bad, depending on how fussy a gardener you happen to be.

This can happen with many of the herbs of which dill is one of the biggest offenders. If dill wanted to make a gardener happy when it self-seeds, it would appear in the back of a flower bed. Dill is tall feathery with flower heads that resemble an upside umbrella. The foliage would be a nice contrast to broader leafed plants.

Dill has many culinary uses, but I allow it to grow for several reasons. The flower head, which is made up of many small white flowers, is a pollinator magnet. Another plus, the plant is a host for the black swallowtail and anise swallowtail butterflies. It is amazing to watch the fat colorful caterpillars feeding on the dainty foliage.

There is the good, the bad and the ugly. Contrary to popular sentiments and misconceptions, people will classify the following under the bad and the ugly, snakes are actually very beneficial creatures. Yes, I’ve seen grown men scream and jump like an eight year old school girl when surprised by a snake, sorry if I have offended any eight year school girls. Actually the responses would make for good viewing on YouTube or America’s Funniest Videos.

Every creature on this earth is here for a reason. Snakes can help to keep the tick population down by eating the small mammals that carry ticks. The population of unwanted mice, rats and other pests are reduced by a snake. Snakes, such as the black rat snakes, will kill and eat venomous rattlesnakes and copperheads.

Leave them alone, they are just afraid of you as you are of them. Plus knowing the type of snake is very important. The local library should have resource material, as does the internet, on how to identify a snake. The following will hold true for snakes found in Pennsylvania.

The eyes and shape of the head will tell you if a snake is venomous. Eyes that have pupils that are like a cat’s eyes and a head that has facial pits or indentations on the head will indicate a snake to avoid. Check the following site for some great information: https://www.fishandboat.com/LearningCenter/FAQs/Pages/AmphibiansReptiles.aspx

There are professionals who have the ability to capture and relocate a snake, if needed.

A reader sent me an email with pictures of a flower that suddenly appeared in her mother’s flowerbed.

It was a tall slender plant with a yellow daisy-like flower. They had no idea where this plant came from. A native of southern Europe and western Asia, the western salsify was introduced to the Northern Hemisphere in the early 1900s as an ornamental garden plant. The plant has since spread by developing a seed head similar to that of a dandelion which allows the seeds to be dispersed in the wind.

Like the dill, the western salsify would look nice in the back of a flower bed, but no such luck.

For those of you who turn all shades of pale gray, breathing becomes labored and sweat beads up on your forehead and you seek the nearest newspaper at the sight of a spider calmly going along looking for a meal, Australia is not the country for you.

Australia is home to the wrap-around spider. This unique arachnid is a night hunter, spinning a web at night. Come daylight the web is destroyed and the spider finds a branch where it will literally flatten themselves tight to the branch that one could easily mistake it for lichen. Imagine your surprise if you decided to take hold of a branch and felt something fuzzy.

If and when one is able to get out in the gardens, you may unfortunately discover that some of your plants have been shredded or completely defoliated down to the stems. The culprit more than likely is the slug. Damp, cool and no sun make the slug a happy forager. Another problem with this damp, cool and no sun is the danger of plants succumbing to any number of diseases. Working while the plants are wet can help spread spores that can attach to your body and spread to other plants. Currently there are no reports of late blight reported. Late blight is an instant killer of tomatoes, taking down a plant within days of infection. Downy mildew on cucurbits, cucumbers, squashes and other vine plants has not been reported.

Get out your containers of soapy water and prepare yourself for the Japanese beetle onslaught. This is the time of the year that they start to make their presence known. When I was a mere child back in the forties and fifties, I can remember using a can with kerosene and dropping the beetles into an instant death.

What happens when the flight of the bumble bee is hampered? Less pollination of plants is accomplished and possibly fewer bees due to the fact that the bee is not able to help feed the larvae in the nest.

Is this happening? Yes!

What is the cause? The use of neonicotinoid pesticides, according to an article published in the journal Ecology and Evolution, reduces the ability of the bumble to fly only a third of the distance compared to one that has not been exposed to the pesticide. Please view the following commitment made by nursery and retailers regarding the use of neonics: https://foe.org/nursery-retailer-commitments/. This will help you make your own decisions on where or where not to purchase your plants.

He loves me, he loves me not, he loves me… Ever wonder how many daisy have met their end because of a love stuck girl?

Daisies have been around for ages. There are cave carvings, which are dated from 3000 B.C., of daisies. The plant has been used medicinally for many different problems. They were used for wounds as it has anti-inflammatory and antibacterial qualities. It has served in the treatment of boils, hemorrhoids, sore throats, coughs colic and as a diuretic. The common name comes from the Old English “days eye.” The flowers close at night and reopen come daylight.

Fishing surging because ‘there’s nothing else to do’

DUBUQUE, Iowa — It was early April when fishing gear started flying off the shelves at Mak’s Bait Shack in ... 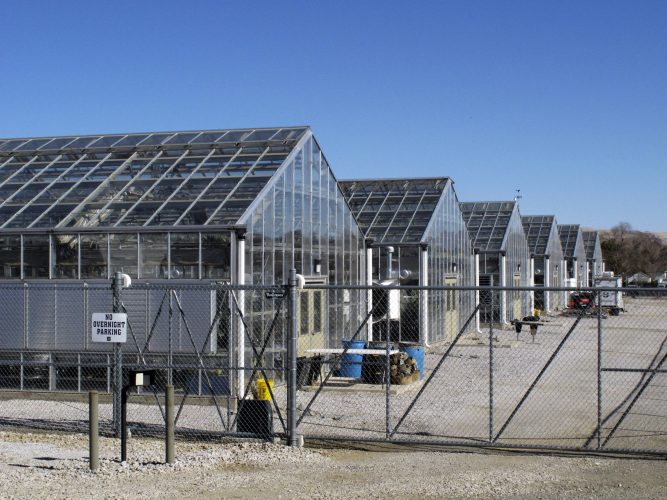 Rare wildflower could jeopardize lithium mine

BILLINGS, Mont. (AP) — Wildlife officials say they have killed a grizzly bear after it killed a cow on private ...

BELLEFONTE — Property line maintenance is one of the most important aspects of land ownership. It is your ...