Those big, splashy winter finches that we miss 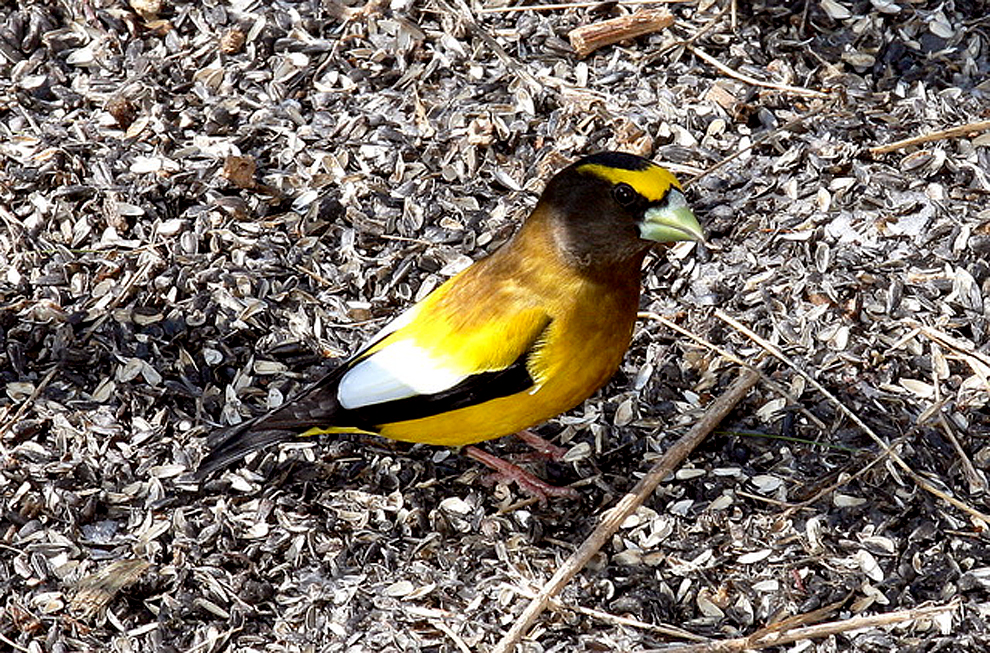 Years ago, Evening Grosbeaks were fairly regular winter visitors in the northeast. They have not been around so much in the past couple of decades, however. In the 1970’s and 1980’s these unmistakable finches mobbed many a bird feeder, voraciously consuming huge amounts of sunflower seeds which they relish as winter food. But now these colorful and noisy birds are in a very serious decline.

Adult males are yellow and black with a yellow eyebrow and a large white patch on the wing. Females and juvenile birds are mostly gray with black and white wings and a yellowish green tinge on the neck and sides. They are a large finch between 7.5 and 8.5 inches long with a very big, light colored bill. The call note is a loud, noticeable, constant chip.

They were erroneously named Evening Grosbeaks by early settlers who believed that they called only in the evening. In fact, this is untrue and this finch actually tends to cease its activity well before evening.

Their breeding habitat is the coniferous and mixed forest across Canada and the mountainous areas of the western United States and Mexico. Evening Grosbeaks were first discovered in the northwestern U.S. in the early 19th century. They were unknown to people in the east, but gradually began moving east, reaching Lake Ontario by the mid 1800’s. By about 1900, they arrived in the northeastern U.S. 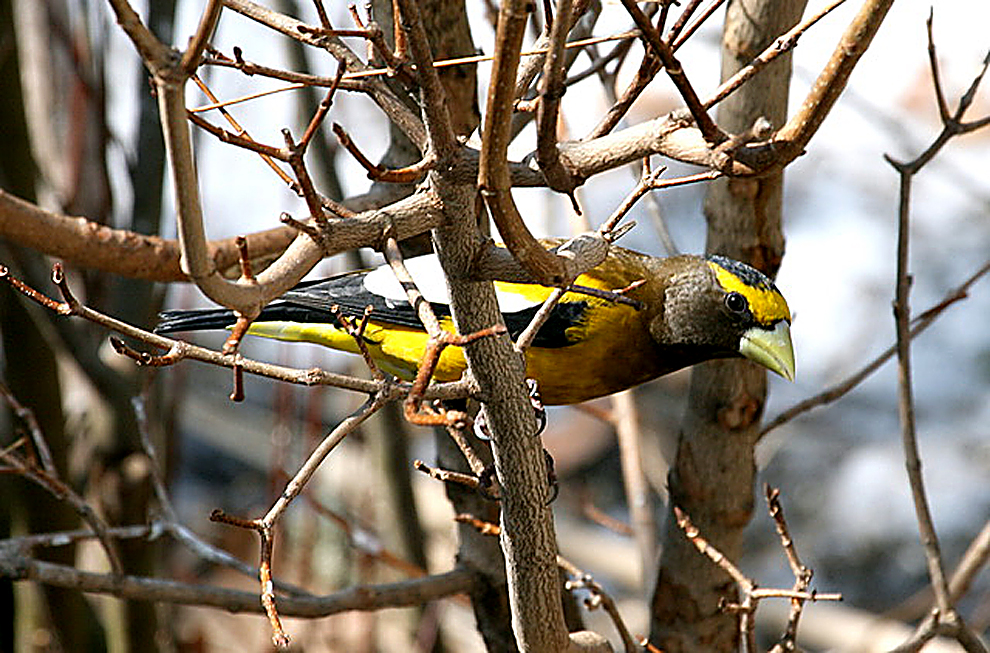 There has been much speculation about the reason for this east and south expansion. Initially, the increased planting eastward of box elders was thought to be a possible reason. Recent research has shown that widespread cyclic outbreaks of the pest, the spruce budworm, eastward through Canada, have likely caused these movements. Evening Grosbeaks love to eat this pest which irrupts roughly every 40 years or so.

Evening Grosbeak numbers increase and decrease in kind with spruce budworm outbreaks. This finch’s huge numbers here 30 – 40 years ago coincided with such an outbreak. The increased popularity of bird feeding and also the use of road salt (which they like to consume) certainly contributed to their winter revisits.

Evening Grosbeaks are primarily a breeder in the northwestern U.S. and Canada. However, expansion into Pennsylvania in 1994 due to a very large outbreak of elm spanworm resulted in documented nesting on and around Dutch Mountain in Wyoming County, Pa.

Until the winter of 2018-19, there had not been a noteworthy irruption of Evening Grosbeaks in Pennsylvania in more than 20 years.

But last winter scattered flocks of this bold finch were reported in various locations throughout the state. There is some speculation that a smaller “echo” irruption may occur this winter in this region.

This species is in such a serious decline that Canada has listed it as a “Species of Special Concern.” The reasons for this certainly include the cyclic nature of the spruce budworm, but also without much doubt, climate change — that inconvenient truth that we humans as a whole are very overdue to accept and address.

Wayne N. Laubscher is an official bird bander and longstanding board member of the Lycoming Audubon Society. He is also a board member of the Pennsylvania Society for Ornithology and coordinates the Christmas Bird Count centered in the Lock Haven area. The author wishes to acknowledge Doug Gross, Dan Brauning, and Nick Bolgiano as references.

This column is produced by the Lycoming Audubon Society (serving Lycoming and Clinton Counties) and Seven Mountains Audubon (serving Union, Snyder, Northumberland and Columbia Counties). Information about these National Audubon Society chapters can be found at http://lycomingaudubon.blogspot.com and http://sevenmountainsaudubon.org 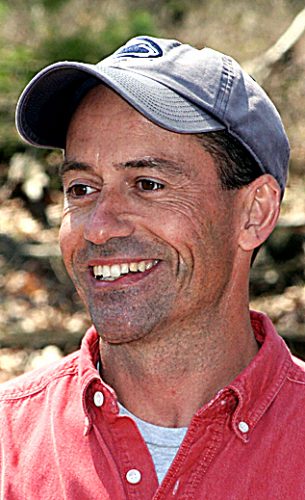 PHOTOS BY LAUREN SHAFFER First Photo: In their breeding plumage, Common Loons are the elegant black and ... 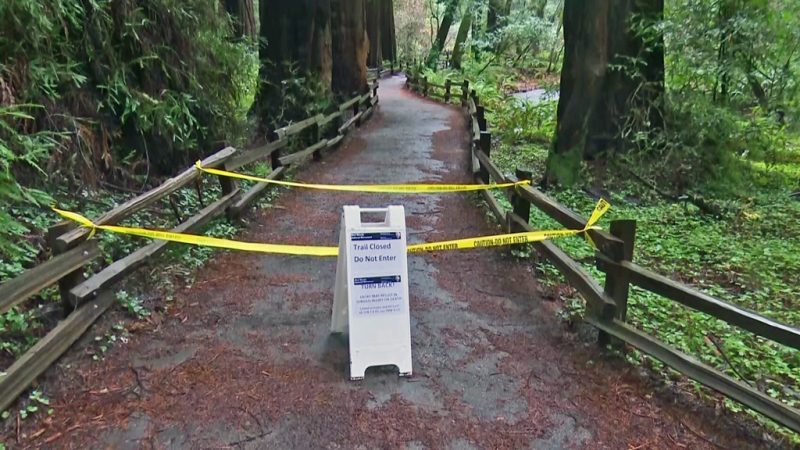