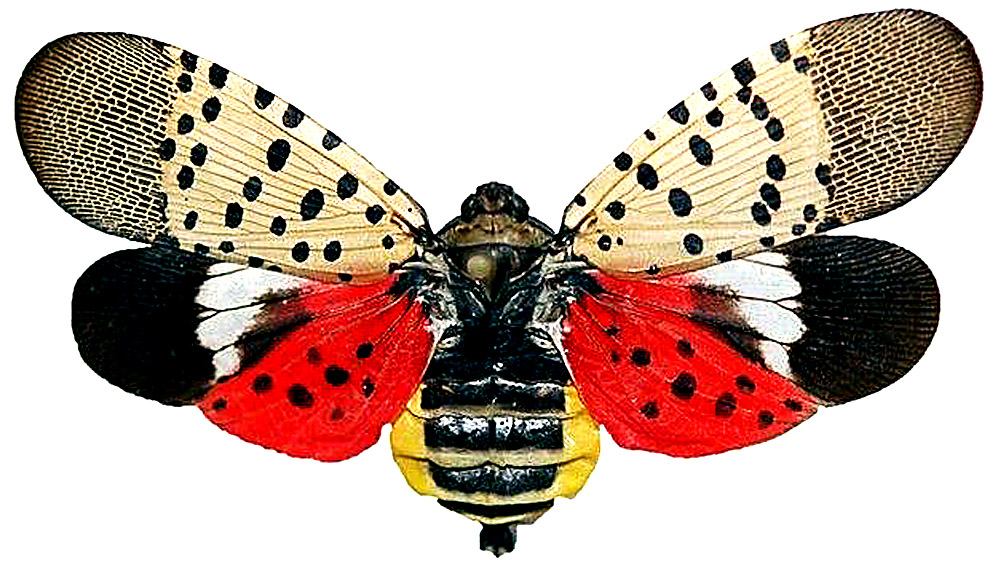 UNIVERSITY PARK — An early spring brings warmth, daffodils and outside play. It also signals — to the chagrin of many property owners across Pennsylvania and beyond — the next generation of spotted lanternflies.

“With schools and day care centers closed — and energetic children at home — now is the perfect time for families to get outdoors and scout for egg masses on their properties,” she said. “Each egg mass destroyed represents 30 to 50 lanternflies that won’t hatch to wreak havoc this summer.”

The spotted lanternfly is an invasive insect from Asia that first was found in North America in Berks County, Pennsylvania, in 2014. The pest since has spread to at least 26 Pennsylvania counties, as well as to New Jersey, Delaware, Maryland, Virginia, and West Virginia.

Economists warn that this insect, if not contained, could drain Pennsylvania’s economy of at least $324 million annually and cause the loss of about 2,800 jobs. At risk are important agricultural commodities — including grapes, tree fruit, nursery plants and hardwood lumber — as well as natural habitats, parks and backyards.

Finlay advises homeowners to ramp up their efforts to destroy egg masses, which look like splatters of gray mud. These masses can be anywhere — on trees, cement blocks, rocks, decks, picnic tables, and any other surface.

“If you find egg masses on your property, scrape them off using a plastic card or putty knife, and then place the masses into a bag or container filled with rubbing alcohol or hand sanitizer and keep them in the solution permanently,” she said.

“This is the most effective way to kill the eggs, but you also can smash or burn them. Do not simply scrape and drop them, as some will survive.”

The next step is to prepare for spotted lanternfly hatchlings, which often are referred to as nymphs, noted Heather Leach, spotted lanternfly extension associate in Penn State’s College of Agricultural Sciences. She explained that when the nymphs first hatch, they will walk up the trunks of trees to feed on the softer new growth of the plant.

Leach advised taking advantage of this behavior by using tree traps, such as bands of sticky tape, around the tree trunks to trap the nymphs. “Tree banding is most effective in the spring to capture nymphs because many adult spotted lanternflies will avoid the tape,” said Leach, who added that homeowners always should place caging around the sticky bands to prevent the capture of nontarget animals and some beneficial insects.

Leach and Finlay offered the following tips for placing a tree band:

–Start with a roll of wide sticky flypaper, typically either 3 or 4 inches or 9 or 10 inches in width. The broader bands are usually more economical, as they may be scored easily to provide narrower bands as needed. These are sold at many hardware or farm supply stores and can be ordered online. Duct tape does not work well, because its stickiness deteriorates quickly when exposed outdoors.

–For nymphs, a 3-inch band works well and is handled easily. Use a utility knife to score the wider bands into thirds.

–Fit a single band around your tree at about 4 feet from the ground. The narrower bands usually will hold well to the tree if the ends are stuck together by overlapping. If the tape seems insecure or if there are significant gaps on the lower edge, use push pins to secure against the trunk.

–It is essential to guard against accidental capture of songbirds, butterflies and other valuable creatures. Placing a guard of chicken wire or window screening outside the band, extending several inches above and below the tape, can help. A drape of cheesecloth or woven garden fabric over the wire guard will keep desirable insects from flying onto the tape as well.

–If spotted lanternfly is present on a property, homeowners soon will find nymphs stuck on the lower edge of the tape. They may be left for several days until the tape is too full to be effective. To dispose of the tree band, remove the wildlife guard, roll the used tape in on itself and place it in the trash.

A video tutorial on how to set up tree bands can be found online at https://extension.psu.edu/spotted-lanternfly-banding.