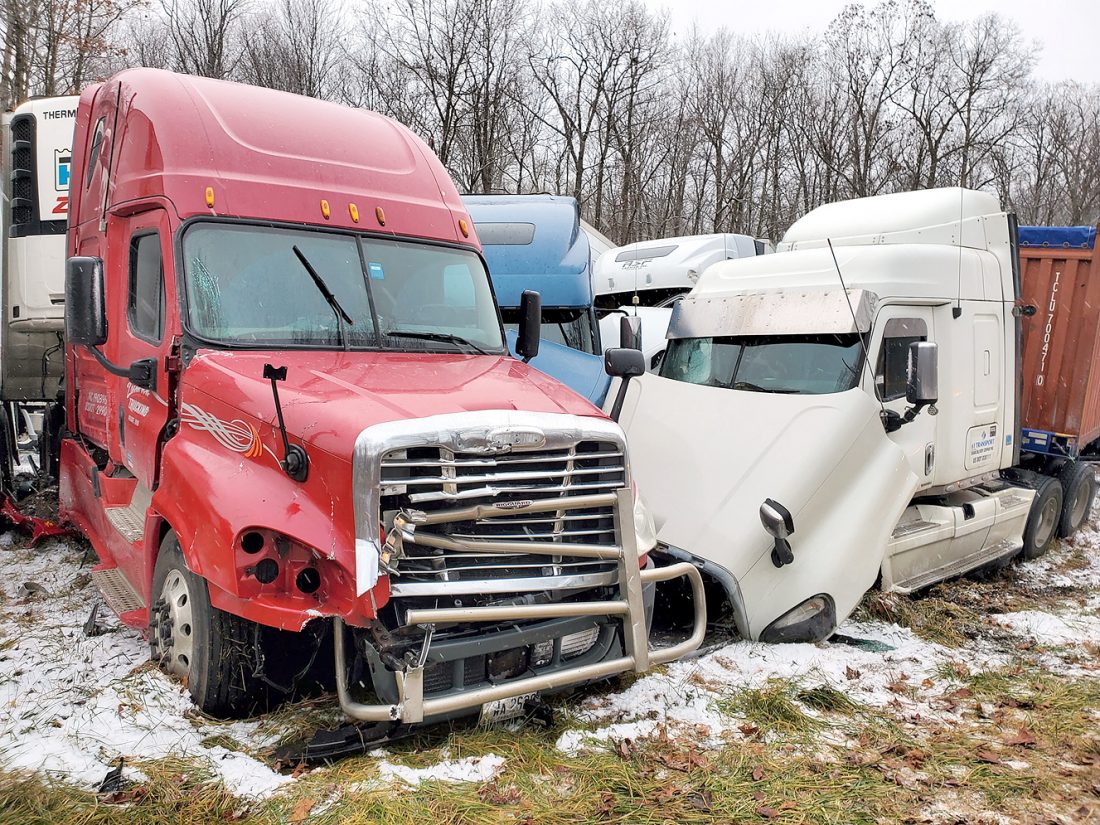 WEST MILTON – Interstate 80 west of Route 15 in Union County is closed on both directions due to multiple accidents with injuries involving more than 20 vehicles.

The crashes, the first of which was reported at 1:11 p.m. Wednesday, occurred during snow squalls that reduced visibility and made the roadway slippery.

Tractor-trailer trucks and cars were involved and there was entrapment, according to Union County emergency services. Emergency personnel from several counties were dispatched.

The Pennsylvania Department of Transportation projects I-80 will be closed for several hours.

The National Weather Service had warned small bands of snow showers would persist across much of central Pennsylvania during the afternoon causing poor visibility.

Those traveling should be alert for a wide range of conditions and slow down in areas of adverse conditions, the agency said.

LOCK HAVEN — The following calls were made to the Cinton County Communications Center. SATURDAY — At 11:21 ...

Injuries sustained CASTANEA — The driver of a 2009 Chevrolet Trail Blazer was not injured after a one vehicle ...

$500 worth of product stolen from Rizzo’s Greenhouse

AVIS — Over $500 worth of assorted potting soil and peat moss was stolen from Rizzo’s Greenhouse & Flower ...

LOCK HAVEN — The following call was dispatched by the Clinton County Communication Center. THURSDAY — At ...

LOCK HAVEN — The following calls were dispatched by the Clinton County Communication Center. WEDNESDAY — At ...

LOCK HAVEN — The following call was received at the Clinton County Communications Center: — At 5:45 a.m., the ...

Should churches meet or not meet?

Coronavirus …. to the tune of ‘You Are My Sunshine’

Could violent vomiting be a shellfish allergy?