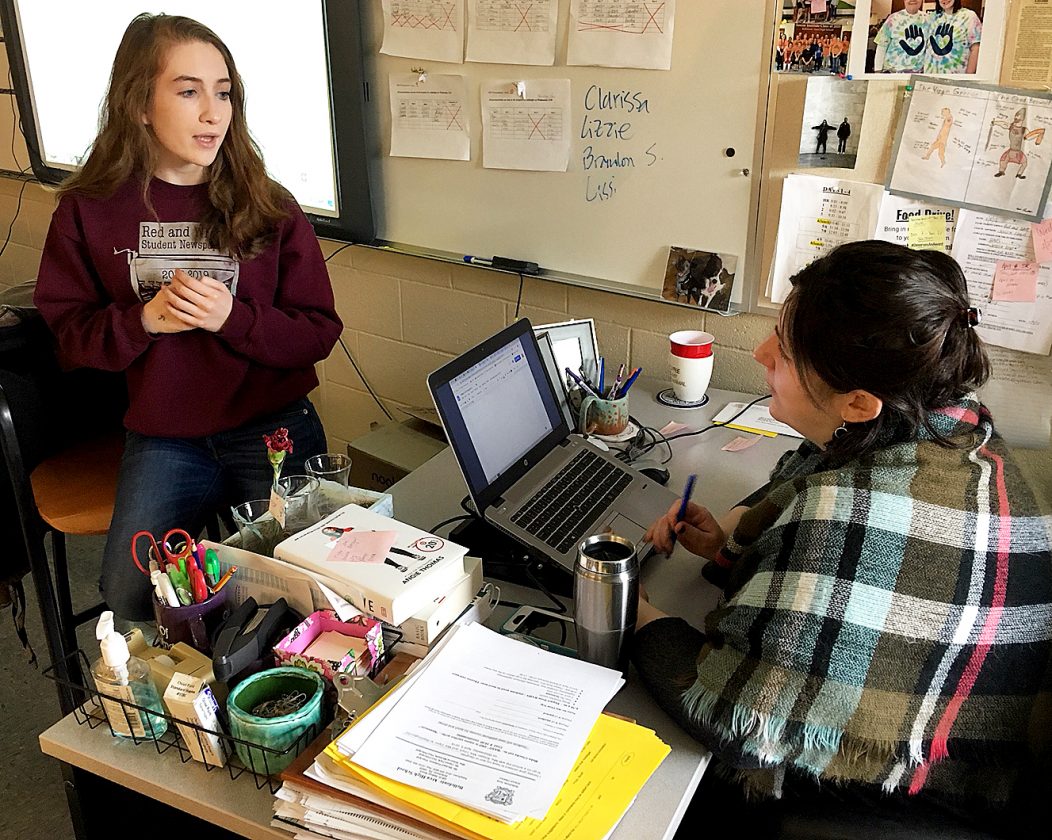 But inside Jessica Lloyd’s classroom at Bellefonte Area High School, students are hard at work.

The students in Lloyd’s journalism class are pitching ideas for the next edition of the Red and White, Bellefonte’s student newspaper. They are also talking about getting stories posted to bahsredandwhite.com, the online version of the Red and White. That’s been the latest endeavor for Lloyd and her students.

“The kids really wanted to have it on their resume,” Lloyd said of having stories posted online. “I didn’t want to send them to college without having an online version. And we noticed that students weren’t picking up our printed copies. I wanted the kids to have the experience of caring about page views and readership and all that good stuff.”

The Red and White prints four times a year. However, the online presence has helped Lloyd’s students produce more copy in order to keep the website fresh.

“I feel like the website has taught them timeliness and meeting deadlines. There are days when I’ll just pull up the website and start sticking stories in. They all contribute. So far, it’s been very good. I think we need more fun things on the website, like polls and stuff. Students want to be able to share stories, share opinions.”

There are 18 students on the staff at the Red and White. According to Lloyd, each and every student plays a vital role in the success of the student newspaper.

“We have four editors on staff,” Lloyd explained. “We have two co-editors, a sports editor and a features/lifestyles editor.”

Lloyd said that there is a lot of responsibility that comes with being an editor.

“They really had to earn my trust as far as giving the editors the rights to manipulate content on the website. At first, I was putting things in a Dropbox. But it has worked out well,” Lloyd said.

“It’s really great,” Miller said. “I’ve been friends with Maddi for a really long time and she was one of the people who really helped me when I first came into this class. We really like being co-editors. It allows us to bring different ideas to the table and we both sort of specialize in different things. It helps because we both have different interests.”

Miller said that there isn’t one facet of the Red and White that she enjoys more than another.

“It’s hard to pick a favorite part. I really enjoy working with the first-year students because I remember what it was like to get into journalism and not really know what I was doing. It’s really enjoyable for me to help other people to figure out what they want to do and help guide them,” Miller said.

She said that she’s been thrilled to get the website up and running.

“It’s a really great initiative that we’ve taken. It’s been difficult to organize and put together, but I really think it’s going to help the journalism program,” Miller said.

Editors, of course, can only take the paper so far. In journalism, it takes an army of writers to put out a paper and keep the website rolling.

Lily Wichert, a sophomore at BAHS, is a staff writer for the Red and White. She writes about a number of topics – everything from sports to current events and features.

“This is my first year as a reporter. During football season, I did a lot sports. After that, I wanted to branch off and try some new things – features, opinion pieces, what’s happening in our school. A lot of different topics,” Wichert said. “I really like it and I really love journalism. I never thought I’d get so much out of a class, but it’s been so beneficial to me.”

Another big part of the paper is entertainment. Whether it’s a school play or a concert at Penn State’s Bryce Jordan Center, the Red and White tries to cover all the bases. Junior Tyler Muse has a passion for all things entertainment.

On this day, he was planning a recap of the Academy Awards.

“That’s what I want to go into for a career,” Muse said. “That’s always been my thing. I really enjoy music and movies.”

Muse said that the website allows him to get entertainment news out in a timely fashion.

“I can get something on the website ASAP,” Muse said. “It’s great.”

After watching the class work together over the course of a morning, one thing is certain – the staff at the Red and White understand what it means to be a team.

“I feel like these students are very mature for their age and it shows in the stories that they choose,” Lloyd said. “Even when the topic is a little more controversial, the way that they cover it … I’ve been impressed.” 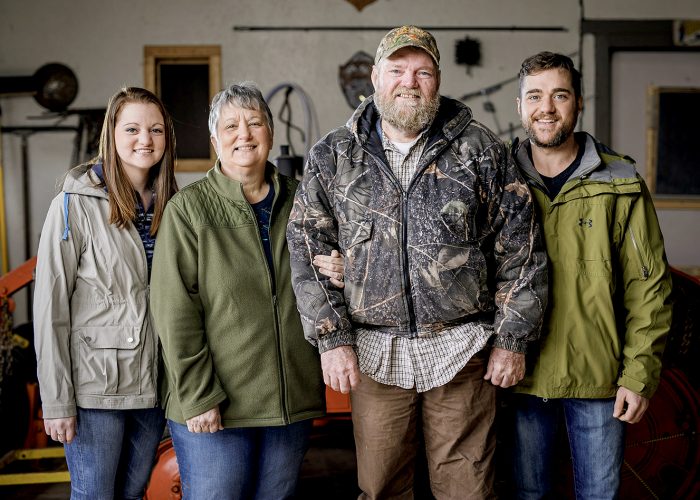 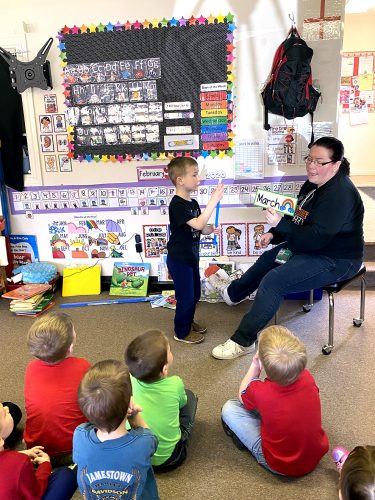 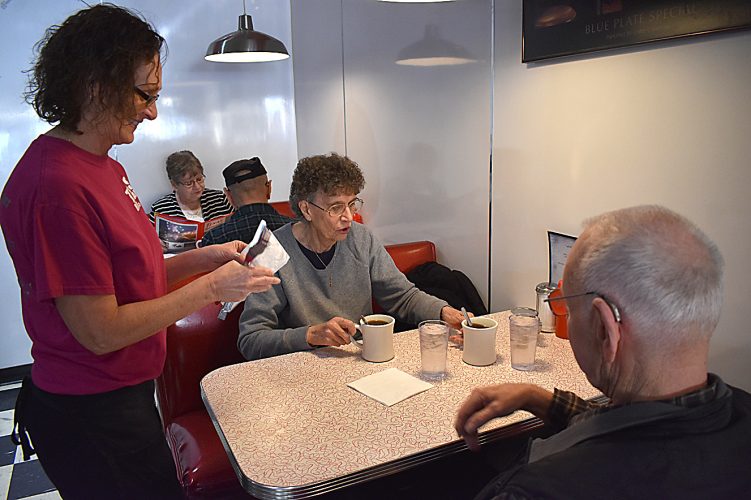 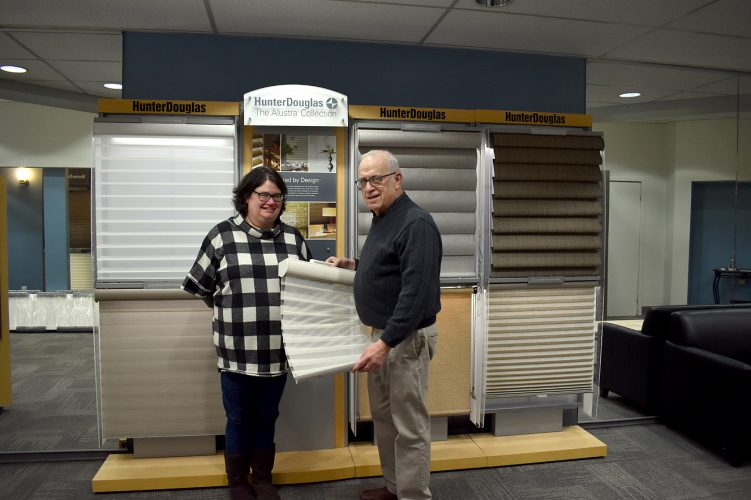 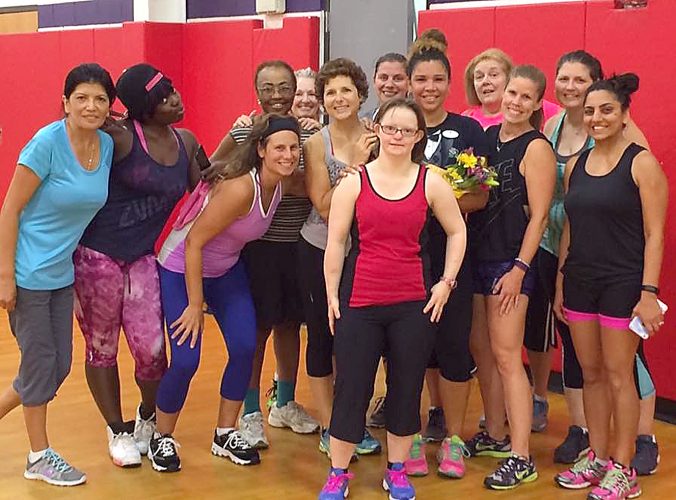 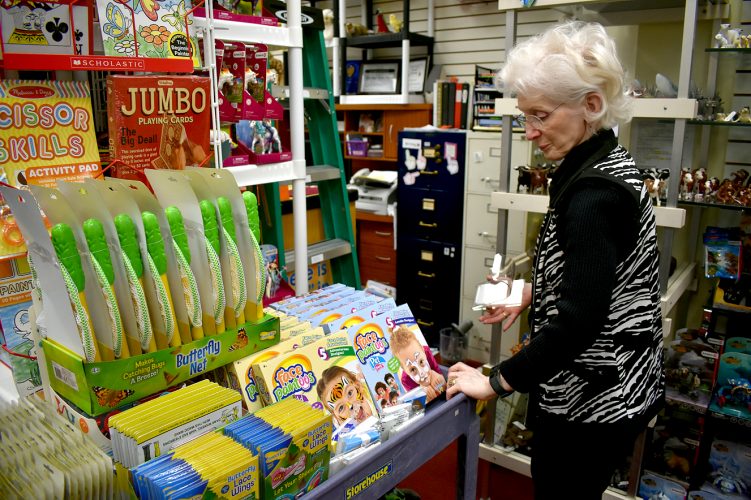