It has been fifty years since the landmark music festival was held on Max Yasgur’s 600-acre dairy farm. The area is now known as Bethel Woods where a Center for the Arts was built to inspire and empower individuals through the arts and humanities.

As a youth, my cousin and his longtime girlfriend took me to Woodstock. There had been an interruption in the performances because of a situation with the sound system (Bill Hanley had pioneered this groundbreaking on-site outdoor sound system and was dubbed the “father of festival sound”).

I recall the moment when Janis Joplin took the stage. The sound system had not yet been restored, but she began to sing without accompanying music. It was a demonstration of the power and range of her voice, not any of her iconic songs, just sound…incredible sound. The sound system came up during the aforementioned “warm up.” She adjusted modulation, then paused before breaking into a dialog. According to the record of her historic performance, the dialog provided a natural segway to “Raise Your Hand” and ended the set with “Work Me, LORD.” But I only recall her encore, “Piece of My Heart”; a brief memory of an event that defined a generation.

The DeJa Vu Album by Crosby, Stills, Nash and Young with songwriter Joni Mitchell showcased a song called “Woodstock,” which codified the historic event in context with the generation it influenced – a generation thirsty for spiritual truth.

The desire of mankind to return to the garden and scene of the crime — original sin. The problem being that man on his own cannot return to the “Garden of Eden.” Songwriters from the late 60’s and early 70’s like Norman Greenbaum “Spirit In The Sky” and Larry Norman “I Wish We’d All Been Ready” represent for us the desire of the Baby Boomers to find God in a meaningful way, or in other words making God “get-at-able.” But not all bands sought God through Judaism, or Christianity. Many chased after other gods, while others embraced darkness — having “Sympathy for the Devil” (Rolling Stones, 1968).

Like the Pied Piper of entertainment, an enthusiastic public followed. The object has always been to tear down the establishment and at the epicenter, the church-at-large. The cost to the music business has been severe in terms of blood. I cannot help but wonder how many music artists sold their soul to the Devil for their success? Wikipedia accounts for so very many Pop Artist deaths by overdose from the 60’s through the present. For the general public, death by overdose has now become an epidemic.

The promoters of the 1999 event are now concerned with the legacy of the 1969 event. But what legacy? The intellectually honest search for God? Or quest for socialist change? Maybe social control of the masses? Did the original intent of the Woodstock Festival have anything to do with socialism, communism, or fascism?

I think the 1969 event can be summed up in one word, antidisestablishmentarianism. The Vietnam War protesters were sorely unhappy with their government because they were (a) afraid to serve in the military (b) stood fast against war, any war.

John Lennon summed it up “…give peace a chance.” But there have been a few discoveries since 1969, like the “big picture” of the strategic nature of the Vietnam War as part of deterring “global thermonuclear war” through the “Policy of Detente” and the use of troops to halt the advance of communism in the western world as was done in Korea at 38 degrees North Latitude. The idea being to create a cease-fire zone that would bisect North and South Vietnam at the 17 North Latitude.

In the end, our government had withheld the truth of the purpose and execution of the projection of “air, land and sea power” of the United States of America’s military might. In other words, while the men and women of the armed forces performed their duty with honor, the establishment behaved dishonorably.

Although it is the duty of every American to change the ills of society if they are able to do so, the protesters projected their frustration toward our honorable sailors, soldiers and airmen; the first of our military in the history of the United States that were not welcomed home. In addition, the “Free Love” lifestyle was intended to create a seperation of reproductive issues from the state as a social movement.

Now those leaders of social reform in the antidisestablishment arena have become the establishment of today with the age of the reformers on average being around seventy.

The question for today concerns authority. That is what the protesters of the sixties really wanted to know — who is in-charge? From where does the authority come? This is the question that was asked of Jesus (Luke 20:1f), to which He responded in the form of a question — paraphrased, who gave John (the Baptist) the authority to baptize for the forgiveness of sins?

The answer was very similar to that of a politician. That is to say that any reasoning will give no leverage, so we will answer that we do not know from where the authority comes.

Jesus was surrounded by people in layers.

One layer was the religious authority of the day that sought to collect evidence to convict Him of blasphemy, which is punishable by death.

Another were the disciples, both the disciples that originated with John and those that Jesus called His friends.

The third layer were the groupies that Scripture calls the multitude that were very much like rock star groupies. They might have sounded like, “Hey, I hear Jesus has a gig down by the Sea. Let’s go see what He does next.” They came from all over and followed Him from here to there in anticipation of the next wonder, or spectacle, that He might wrought. It was sort of like going to a Newsboy Concert to see Duncan Phillips beat the drums upside down.

It is only natural to want to know who is in charge, as from children we all have tested our boundaries. How we live attests to the authority to which we subscribe. How are you living these days? What will be your legacy?

As for the Woodstock Festival ’69 Legacy, I heard something beautiful on Sirius XM Radio that was echoed by a musician that actually performed there, Roger Daltrey. Reflecting back on the moment with respect to the present time he said, “When the looks and memories fade away, only the music remains.” The music of the spheres is what John Lennon described as surpassing all understanding. But it is the Word of God stands forever (Is 40:8) and His peace that surpasses all understanding (Philippians 4:7).

All I am saying is give His peace a chance. 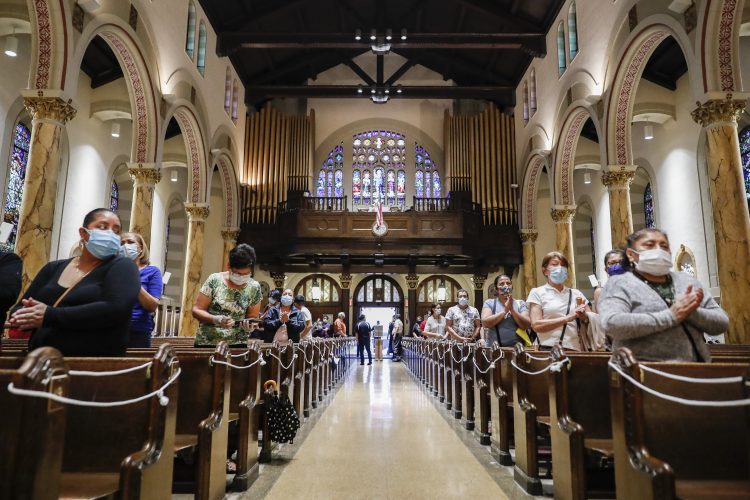