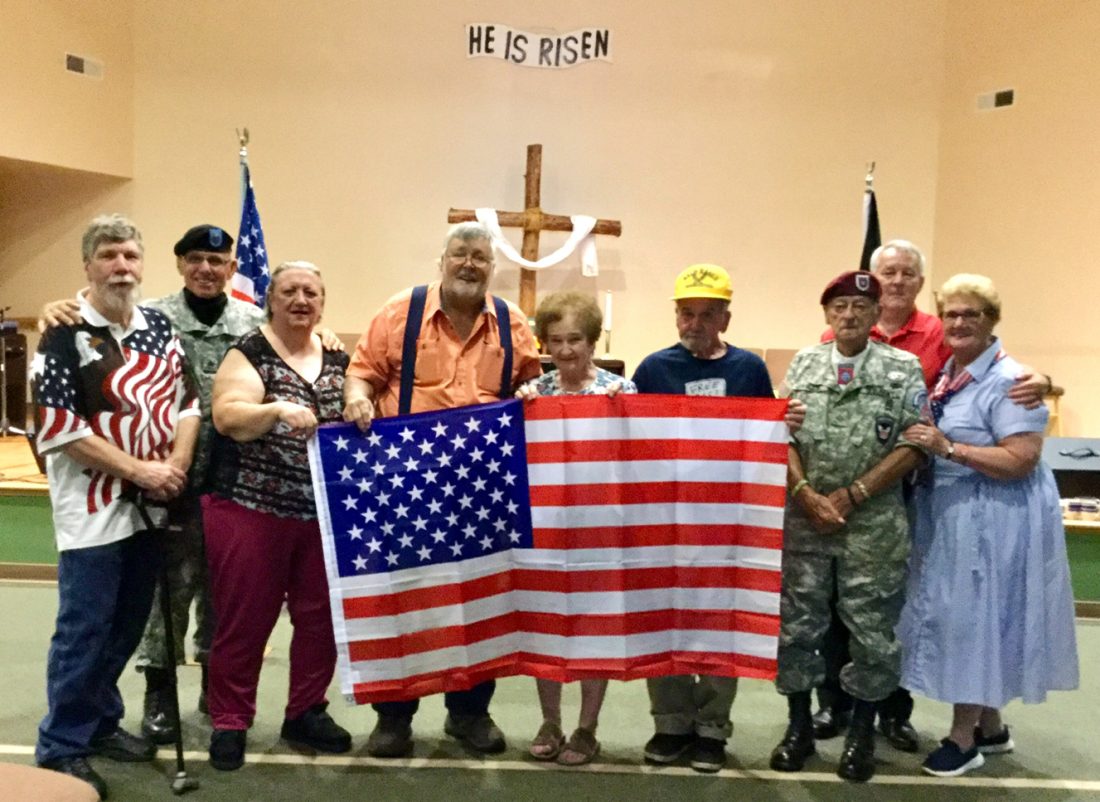 BEECH CREEK — The Beech Creek Wesleyan Church Sunshine Club is a special group of 60 and older seniors that meet the first Friday of the month for different events and fellowship. Terry and Carmen Banfill presented a ceremony for the group with Barb Jackson as the MC of the program. The topics included our flag, POWs, and MIAs.

The program began with the presentation of the Colors by Sgt. Terry Banfill and P.F.C. Don Hills.

Carmen Banfill played our National Anthem followed by Alan Black saying an opening prayer. Guest speaker, Dave Bower, VFW state representative, spoke about the importance of our Flag. He spoke about the terrible state our nation is in.

“We should remember our veterans who fought for our country so we can enjoy the liberties and freedoms that we all enjoy today,” Bower said.

Sgt. Banfill talked about our MIAs and POWs. He quoted a lot of points from the movie, “Rambo, Part 2.” John Rambo, a Medal of Honor recipient, who served during the Vietnam War, was asked if he would return to the country because he knew the terrain. He could possibly bring back veterans who were held prisoners.

He finds a group whose task were to return these veterans back home. A superior Green Beret colonel asked Rambo what he would do now. He replied, “I live day by day.”

The colonel then asked, “What is your wish?”

Rambo answered, “I wish and want what every veteran who served in Vietnam who spilled their hearts out – I want our country to love us like we love our country! That is what I want.”

Sgt. Banfill finished by saying, “I ask God every day to never forget our POWs and MIAs – that someday they will return home to their families and love ones.”

The program ended with Alan Black saying the closing prayer.

Peggy Gilbert thanked the Banfills, Don Hills, and Dave Bower for the program.