Finding Faith: The great experiment and people of faith 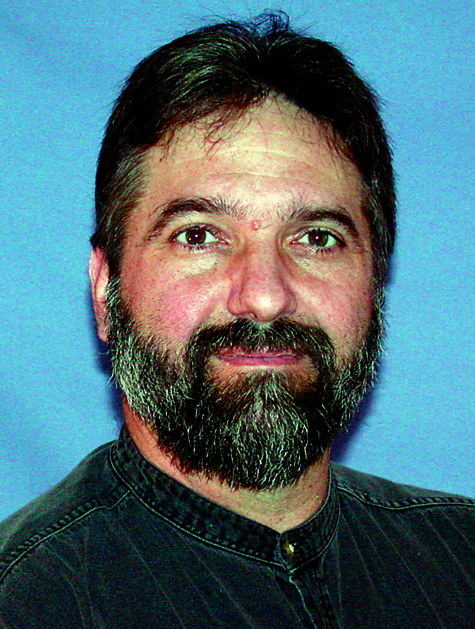 We now live in a country where political parties are able to obstruct the Office of the President by initiating expensive witch hunts with the end game being impeachment of the President by Congress and his, or her, removal from the office by ratification of the Articles of Impeachment by the Senate.

This tactic may now be used by any political party that controls the majority in Congress in order to further the agenda of that particular party. This is a gross abuse of political power and of the United States Constitution.

People of Faith will not tolerate the institution of Socialism, Communism, Facism or any alternate form of government to refute our present form of government. We remember the “Rise of the Third Reich” and the slow change that dissolved the Weirmer Republic in 1933.

Like a frog in a kettle, the Nazi thugs took control of the government because the German people approved of the socialist programs that had improved their personal lives. The Jews paid for those programs with their personal livelihoods and very lives in the “Final Solution.” How many Dietrich Bonhoeffers will be found amongst us when the Nancy Pelocies are permitted to overthrow this “Great Experiment” instituted by God?

In 1933 nearly every German was Christian, either Catholic or Protestant, with the Jewish population less than 1%. How could Christian people exterminate the Jews? Article 24 of the 1920 Nazi Party Platform allowed for the function of the churches in so far as the church did not opppose the morality of the “Germanic Race.”

In this country, there is a claim that the “Separation of Church and State” means that the church has no authority to do with the US Government. The fact is that People of Faith wrote the original documents of this Great Experiment called America, which included the Scriptural basis for which the government wouldfunction and evolve in the future; living documents of this Republic.

Likewise, the German Constitution of the existing Republic was eroded by socialism until it gave way to the Nazi Regime. The Landeskirchen was theologically grounded to loyalty to the State until the Reich Kirche replaced the Gospel with a nazified version of Christianity.

The Bekennde Kirche did not align itself with the State with the resulting arrest of some 700 pastors. The Vatican also responded Mit brennender Sorge to which the Gestapo made arrests of Jews who converted to Catholisicim and Catholics that aided Jews in any way.

Hitler claimed that the “Soul of Germany” were his alone, as he was Germany. It appears that certain political personalities have the same idea about America.

On a recent bus trip, I heard a discussion of so-called learned men, who denied the intervention of Almighty God in the creation of this “Great Experiment” called America. Only one man stood his ground in steadfast faith. But he too gave way on the possibility of “Divine Healing.” The discussion was nauseating to me. After their deliberations, I challenged them to refute the intervention of Almighty God on the Continental Army led by General George Washington by the authority of the First Continental Congress, by marching to the aid of the New England Regiments between the 1st and 2nd Continental Congresses. Common New England boys refused the advances of the most formidable army in the world at that time and were reinforced by Virginia Regiments (March 1776). Ultimately, British forces were compelled to withdraw from Boston and the surrounding area.

The Battle of Brooklyn Heights circumstances placed the Continental Army and General Washington to be amassed on the wrong side of the East River, trapped by General Howe of the British Forces.

Aug. 28, 1776 brought chilling rain that prevented the British Army to capitalize on the predicament, but inspired General Washington to ford the East River by small boat — the storm screened the operation.

As night gave way to morning, a heavy dense fog prevented the British ‘Ships of the Line’ from targeting the small boats until every provision, horse, canon and soldier was safely across. Likewise, the Continental Army was divinely protected as they crossed the Delaware River.

The attack on Trenton, New Jersey was crucial to change in the tide of war and caused American Troops to rally. The United States Constitution was penned, some have said under the function of the Holy Spirit–or otherwise inspired by God–by men of faith; even Benjamin Franklin clung to his puritan roots.

I have not heard from the Professors concerning the challenge I suggested, but their position did not alter the facts chronicled in the nations documents, or the personal diaries of those who were witnesses of the miracles wrought by our Holy God in the creation of these United States. A nation born to crush the bullies and evil empires of the world. Let us take care that “We the People” do not become the evil empire ourselves.

If the Nancy Pelocies succeed with their plans for a socialist nation, let all Veterans come together and march on Washington DC in order tofulfill their oath to protect the Constitution from ALL enemies, foreign or domestic.

Let the Dietrich Bonhoeffers in this land stand up and thunder from their pulpits in opposition to the opinions of the socialist regimes–so the world may know that the LORD reigns in this Republic in this uncertain moment of history.

But here is the thing. No matter what human beings decide to do with their respective office, God may allow for “Bad Kings”, but in the end–He will not approve of the actions of the “Bad Kings”; or the nations they represent. But people of faith are already under attack in their Synagogues, Churches and other Houses of Worship.

Just last month (December 2019), gunmen attacked a New York City Synagogue and Church of Christ inTexas. These added to the rest of the Houses of Worship that I have cited in previous articles.

The day is near when I, the LORD, will judge all godless nations! As you have done to Israel, so it will be done to you. All your evil deeds will fall back on your heads. (Obadiah 1:15)

Our rich Judeo-Christian Heritage has over time eroded to the point of being in need of protection by the Constitution because the wrong interpretation of the establishment clause and the exclusions of the rights protected by the First Amendment. Are we to become a godless nation? Shame on us! How have we been doing in our support of nation Israel? Are we just an ally? Or are we more than an ally?

There was once a car salesman that sold a defective car at an unfair price by market standards to a Minister. The unknowing Minister prayed upon the signing of the contract: LORD… Bless this salesman and this dealership with the same measure that I have been blessed by them. What do you suppose was the result?

The dealership found itself in severe financial straits and the man himself was confronted by the behavior in his personal life that brought him to his knees. How is America doing on God’s report card?

In a future time, the two witnesses will confront the Devil while he sits on the mercy seat of God–claiming to be the Messiah. These are the Old Testament Saints–Enoch and Elijah. The Seventh Trumpet (Shofar) announces the “Third Terror.” The nations were filled with wrath, but now the time of Your wrath has come. It is time to judge the dead and reward Your servants the prophets, as well as Your holy people,and all who fear Your name, from the least to the greatest. It is time to destroy all who have caused destruction on the earth (Revelation 11:18).

I believe that God is using this “Great Experiment” as a barometer that will determine the onset of the Tribulation and the rapture of His people. People of faith will find themselves in places and situations critical to the “Second Advent.” Yes… the Jews will be present at that time in human history. But the price they will pay for their faith, other than those who have been sealed, will be terrible.

For those who procrastinate, the time has come to board the “Bible Train” (Reference Johnny Cash song “This Train is Bound for Glory”).

Is your ticket purchased by the blood of the Lamb of God who takes away sin? Or how will it be for you for the reckoning and Hell comes with Him?

By REV. SCOTT GARMAN I often contemplate our current President and his unique way of leading in his specific ... 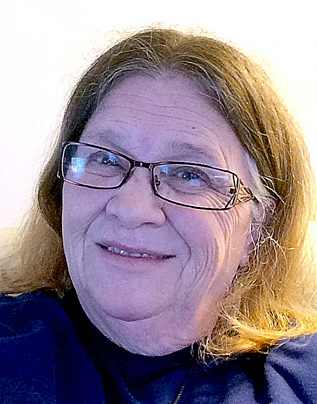