The state Department of Health says 16 people have died due to the virus. The department released new numbers Thursday.

Cases have now been confirmed in 48 of Pennsylvania’s 67 counties.

Most people do recover from the virus. Pennsylvania Department of Health spokesman Nate Wardle told PennLive the department is notified when someone with the coronavirus enters the hospital or tests positive while there. But the department doesn’t receive reports when a coronavirus patient is discharged.

The bulk of the cases have been concentrated in Philadelphia and its suburbs. There are 402 cases now in the city of Philadelphia alone, while neighboring Montgomery County has 282 cases.

But cases continue to rise across the state. Most counties in the Harrisburg area have confirmed cases. York and Lancaster counties each have 21 cases. Cumberland County has 15 cases, while Dauphin County has 13.

Gov. Tom Wolf has taken unprecedented steps to try to slow the spread of the virus. He has issued stay-at-home orders for 10 counties, including the Philadelphia and Pittsburgh areas. More than 6 million people – about half the state’s population – have been ordered to stay home except for essential trips.

He’s closed Pennsylvania schools until at least April 6 and possibly longer if necessary. He’s also ordered all businesses not considered “life-sustaining” to temporarily shut down to slow the spread of the virus.

Many workers are paying the price of the efforts to curb the pandemic. About 650,000 Pennsylvania residents have filed unemployment claims over the last 11 days. In the seven days through Saturday, Pennsylvanians filed about 379,000 claims, smashing the record for an entire week in the state.

Thousands of businesses have sought waivers to stay open. Some businesses and trade groups have said the state is impeding businesses that produce essential goods and supplies from operating.

Universities and colleges across the state have moved to remote learning for the rest of the spring semester.

New York has become the nation’s epicenter of the virus, with more than 30,000 confirmed cases and more than 300 deaths. New Jersey now has more than 4,400 cases, the second highest number in the nation, and 62 have died due to the virus in the Garden State.

(The Associated Press contributed to this report.)

Washington, D.C. - Congressman Fred Keller (R-PA) on Thursday made the following statement on the possibility of ...

HARRISBURG - PIAA announced Thursday the 2019-20 high school sports season is over. The organization said the ...

HARRISBURG ­- The state wide total of new COVID-19 cases jumped to almost 2,000 according to the Pennsylvania ... 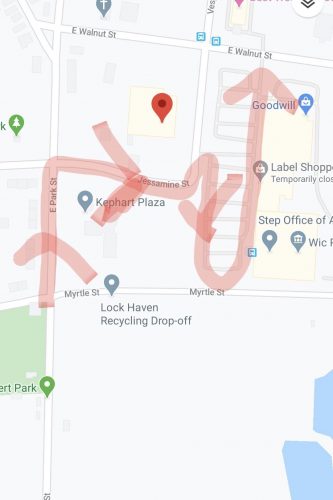 HARRISBURG - The Pennsylvania Department of State announced today that it has issued 30 licensing waivers since ...

Schools ordered to remain closed until end of academic year

HARRISBURG (AP) - Pennsylvania schools will remain shuttered for the rest of the academic year because of the ...