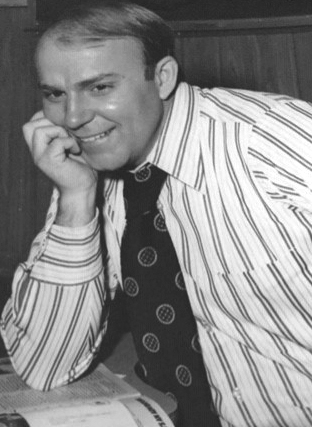 Jess Sigmund, 72, former resident of Lock Haven, passed away in Sebring, Fla., surrounded by his wife and two sons on May 8, 2019.

He grew up in the Fairview Street neighborhood and excelled in multiple sports at Lock Haven High where he proudly wore the number 20 jersey on the football team. He was a graduate of LHU and began his teaching career with KCSD in 1968 and retired in 1997. During his tenure he became the head coach for BEN football and Lock Haven High baseball. Jess is survived by his wife of 50 years, Suzanne (Welch); two sons, Michael (Kathleen) of WA, and Tim residing in Lock Haven. He is also survived by two sisters and a brother, Dorothy Miller (Jack), Helen Massey (Phil) and Sam Sigmund (Nann).

In addition to his parents he was preceded in death by two brothers and one sister, Richard Sigmund (Catherine), John Sigmund (Pat), and Kay Watson (Larry, also deceased).

Jess always loved watching his sons play sports and coaching other young men in baseball and football. In later years he concentrated on the Phillies and the Eagles. Both teams have lost a very loyal fan.

A Celebration of Life for family and friends will be held Saturday, July 6, 2019 at 1 p.m. at the Rest Haven chapel.

In lieu of flowers, donations may be made through the American Lung Association or the Alzheimer’s Association.