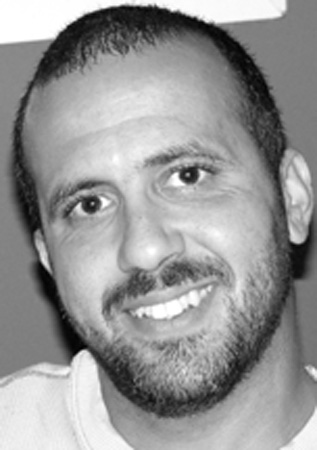 Gene was born in Lock Haven on July 12, 1979, the son of Eugene, Sr. of Cogan Station and Sherrie (Jeff Price) Strouse Rossman of Altoona.

He was a 1998 graduate of Bald Eagle Nittany High School.

Gene could light up a room with his smile and infectious personality. He was always trying to make others happy while hiding his own pain.

Gene loved fishing and was proud of his trophy catfish he caught which still hangs on the wall of Unkle Joe’s Woodshed.

He had a love for basketball and spending time with his friends and family. He participated in many sports and always excelled in sports that he enjoyed. He was an avid Eagles fan and Michigan fan. He was so proud when his Eagles won the Superbowl.

He drew his greatest pleasure from his daughter, Cinceer. When he spoke her name his face would light up. To Gene, Cinceer was his greatest accomplishment in his life. He was so proud to call her his “baby girl.”

Gene died knowing that he was loved by his family and his friends that never gave up on him. He will always be remembered for his willingness to help others and his loyalty to those that he loved.

In addition to his parents, he is survived by a daughter, Cinceer Marie Snyder of Mill Hall; two brothers, Tom (Melissa) Rossman of Mill Hall and Tim (Erin) Rossman of Texas; a sister, Lorelei Kiessling of Muncy, and many aunts, uncles, cousins, nieces and nephews.

Friends and family will be received at the funeral home on Friday from 5 p.m. until the time of the service.

In lieu of flowers, memorial contributions may be made to the funeral home to assist with funeral expenses.

Online condolences may be sent by visiting www.donaldwalkerfuneralhome.com.