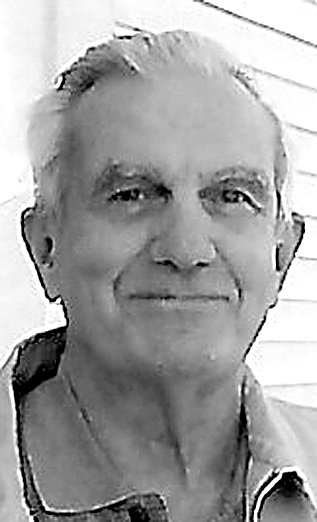 Born Feb. 18, 1923 in Orviston, he was a son of the late Wesley Armstrong and Tillie May Spangler Gunsallus.

On Dec. 22, 1942 James was inducted into the United States Army in New Cumberland and assigned to the 87th Infantry. After completing basic training at Camp Hale, CO, he was assigned to the 10th Mountain Division where his military occupational specialty was light weapons, NCO 1812. James was an Expert Carbine 44, 1st Class Gunner Mortar. He was then sent to 33&40WD45, Northern Appennines, Italy and then to PO Valley Aleutian Islands.

He was employed by Piper Aircraft before owning and operating James Gunsallus Plumbing and Heating.

James was a member of Faith United Methodist Church, Castanea.

He was also a member of the Bald Eagle Beagle Club.

He enjoyed hunting, fishing and going to his camp, Camp Lookout, in Renovo. Most of all, James cherished the time spent with his family, especially his grandsons.

In addition to his parents and wife, he was preceded in death by four brothers: Francis, Arlington, Russell and Robert Gunsallus; two sisters, Garnetta Caris and Violet Allen; and a great grandson, Devin McClellan.

Friends and family will be received at Faith United Methodist Church on Tuesday from 11 a.m. until the time of the service.

In lieu of flowers, memorial contributions may be made to either Faith United Methodist Church or Bald Eagle Beagle Club through the funeral home.