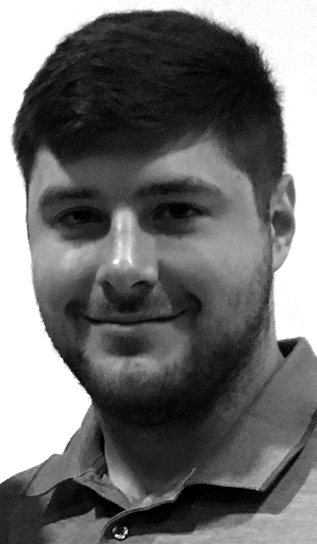 Mitchell Steven Taylor, 22, of Bellefonte, passed away on Sunday, October 6, 2019. Born on February 6, 1997 in State College, he is the son of Douglas Taylor and Marianne Hagg Taylor.

Mitchell was a 2015 graduate of Bald Eagle Area High School and was currently attending Bloomsburg University majoring in accounting. He enjoyed wrestling, playing soccer and golf, and spending time with his friends and family. Mitchell learned his love of golf from his years of playing with his grandfather, Al Hagg, beginning at age 4. His uncle Keith Taylor helped carry that tradition forward. He was known amongst his friends for his quick wit, often taking the form of a clever one liner that inevitably caused an eruption of laughter. Despite his towering stature and signature beard, Mitchell had a tender personality and a heart of gold.

Mitchell was a member of St. John the Evangelist Catholic Church in Bellefonte.

In addition to his parents, he is survived by his brothers, Nicholas and wife Micah of Colorado Springs, and Jacob Taylor of Denver, Colorado; his grandparents Dick and Nancy Taylor of Milesburg, and grandfather, Albert Hagg of Bellefonte. Also surviving are numerous aunts, uncles, and cousins.

He was preceded in death by his grandmother, Ann Hagg.

In lieu of flowers, memorial contributions may be made to the American Foundation for Suicide Prevention by calling 1-888-333-AFSP (2377) or going to www.afsp.donordrive.com/.

Online condolences may be made to the family at www.wetzlerfuneralhome.com.