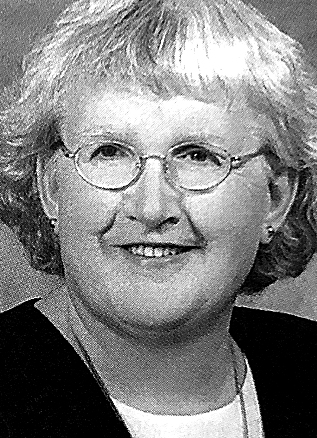 Longtime activist and much-loved friend Alberta Hamm, age 78, passed quietly on Oct. 28, 2019. She had been in declining health for several years.

Alberta was born in Lock Haven. Pa., on April 1, 1941. After graduating from school, she joined the U.S. Army, which included a one-year tour in South Korea. Alberta had several jobs in the Lock Haven area and spent most of her working life in sales at Montgomery Ward, winning a national award for a record number of service agreement sales. She also was an elder in her church and was married for 30 years. She is survived by a daughter and grandson.

In 1995, she began her transition from male to female, later moving to Harrisburg, where she decided to pursue a degree in social services at Harrisburg Area Community College (HACC). While at HACC, she served as president of Allies, the campus LGBTQ student organization; and in 2002, she was elected president of HACC’s Student Government Association – the first transgender person in the country to do so, serving two terms.

“When I started at HACC, I was approached about doing a presentation,” she recalled in an interview in The Advocate shortly after she was elected. “I was very skittish about it. I thought, I came to school to get an education, not to put myself out front. But then I realized, no, what it’s all about is to put myself out front, therefore preventing, possibly, somebody else from going through the same problems I had.”

While at HACC, she gradually lost her sight from macular degeneration, and she lobbied hard to improve services for students with disabilities. After graduation, Alberta worked for the Center for Independent Living until her health began to decline.

Alberta was an outspoken advocate for LGBTQ rights, especially for young people, speaking often at colleges and universities, as well as at events such as Transgender Day of Remembrance. Even after losing much of her sight and mobility, Alberta remained active with organizations such as TransCentralPA and common Roads. When she wasn’t at an event, protest or march, she likely was home pampering her beloved cat, Socks.

Alberta was a member of the Metropolitan Community Church of the Spirit and, late in life, she joined Market Square Presbyterian Church.