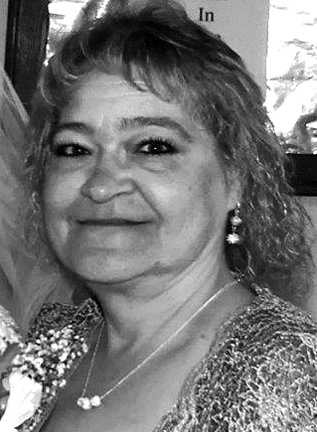 Christine Marie (Guerriero) Berry, 54, of Lock Haven, surrounded by her family, passed away on Friday, Nov. 29, 2019 at UPMC Susquehanna in Williamsport.

She graduated from Lock Haven High School in 1983 and worked for Corning Asahi Video in State College until their closure in 2003 and then worked at Truck-Lite in McElhatten.

Christine was the life of the party, she enjoyed making people laugh and having a good time. She loved hanging out at her river lot, fishing, and spending time with her friends and family. Her dog Precious was a huge part of her life and went everywhere she did.

In addition to her husband, she is survived by a daughter, Chelsie M. VanGorder (Andy) of Lock Haven; two brothers, William A. Guerriero II (Darla) and Steven A. Guerriero, both of Castanea; one granddaughter, Willow Grace VanGorder; and many nieces and nephews. She is also survived by her two best friends of 50 years, Jenny Pecchia of Linden and Nonie Johnson of Green Bay, Wis.

In addition to her parents, she was preceded in death by a sister, Brenda Woosley; a grandmother, Ruth Sweetwood, and a niece, Jamie Guerriero.

Funeral services for Christine M. Berry will be held on Wednesday, Dec. 4, 2019 at 11 a.m. in the Yost-Gedon Funeral Home & Cremation Services LLC., 121 W. Main St., Lock Haven, Pa. 17745. Interment will be in the Woolrich Cemetery. Family and friends will be received in the funeral home one hour prior to the services on Wednesday.

Online thoughts and memories can be made at www.yost-gedonfuneralhome.com.