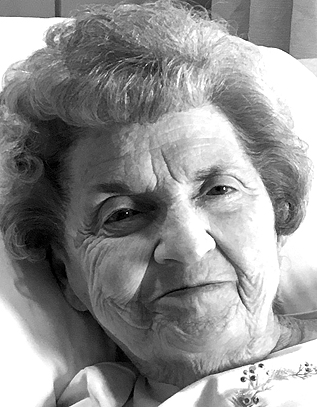 Born Feb. 24, 1925 in Monument, she was a daughter of the late Thomas and Jennifer Grand.

She was married to James L. McGill who preceded her in death in 1996.

Sarah was employed by Keystone Central School District, working in the cafeteria at Lamar Township Elementary School until her retirement in 1992.

Sarah was an avid game player, especially liking Scrabble and Bingo. She also enjoyed cooking and traveling. Most cherished, though, was the time she spent with her family.

In addition to her parents and husband, she was preceded in death by two brothers, Paul and Joseph Grand, and a sister, Becky Wright.

Friends and family will be received at the funeral home on Friday from 9 a.m. until the time of the service.

In lieu of flowers, memorial contributions in Sarah’s name may be made to either Susqueview Residents’ Activity Fund or the Lamar Twp. Fire Company through the funeral home.