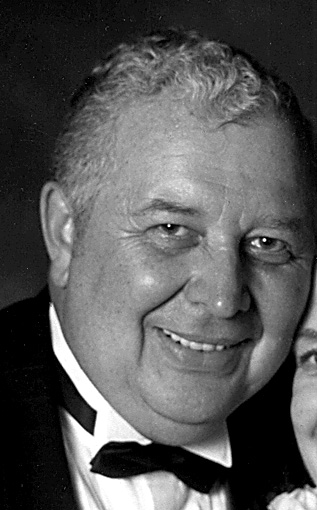 He was born at Geisinger Hospital, Danville, Jan. 23, 1941, the son of the late Charles J. Lucas Jr. and Virginia M. (Olshefski) Lucas.

Charles was born and raised in Kulpmont and later resided in Mount Carmel from 1961 – 2004. In 2004 he moved to his residence in Elysburg.

He attended St. Casimir’s Grade School in Kulpmont and was a 1958 graduate of Kulpmont High School. He furthered his education at Temple University and Eckles School of Mortuary Science in Philadelphia, graduating with the class of 1961.

Charles worked by his grandfather and parents’ side from an early age before becoming the owner, operator, supervisor and president of the C. J. Lucas Funeral Home Inc. of Mount Carmel and Kulpmont, where he worked until retirement in 2003.

On August 6, 1960, in St. Peter’s Church in Mount Carmel, he was married by Father Fredrick Farace to Sandra M. Strike.

As a young man he enjoyed racing go carts throughout PA and on the East Coast. He achieved scouting’s highest award, the Order of the Arrow, while in the boy scouts.

He enjoyed hunting and fishing in PA as well as throughout North America. He cherished his time spent at his hunting camp in Clinton County. He was an avid Green Bay Packers football fan and enjoyed formula one racing.

He loved the outdoors and going on Sunday picnics, picking mushrooms, and canoeing with his wife, Sandy.

Charles is survived by his wife, Sandra M. (Strike) Lucas; a daughter, Christina A. Lucas-Staszak and her husband, Leonard, and their daughter, Olivia, of Newtown, Pa.; a son, Charles J. Lucas IV and his wife, Pam and their children, Nigel, Amara, Kiara, and Brandon of Kulpmont; a daughter, Shelley M. Lucas of Elysburg; a son, Dr. Bryce Christopher Lucas of Elysburg; his beloved Australian Shepard, Gabriel; a sister-in-law, Elaine (Strike) Kuzo and her husband, Jack of DenMar Gardens; brother-in-law, Barry Strike of Mount Carmel; as well as many nieces, nephews, and cousins.

To send condolences to the family please visit www.cjlucasfuneralhome.com