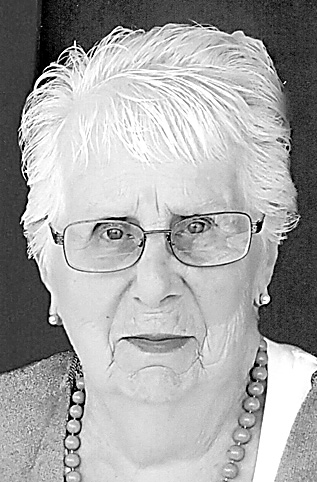 Diane Berry, 85, a 20-year resident of Magnolia Drive in Lock Haven, passed away Friday, Jan. 3, 2020 at the home of her daughter, Sandy, where she had resided for the past five months.

Diane was born in Mill Hall on Nov. 16, 1934, the daughter of the late Leroy and Esther Klinefelter Stevenson.

She attended Mill Hall High School where she was a majorette and basketball player.

Diane began her working career at IGA on Bellefonte Avenue in Lock Haven. When IGA closed, she worked at Jr.’s Foodette where she was well known and remembered to this day for her homemade deli items and baked goods. She retired at the age of 82 from Puff Discount on Hogan Blvd., Mill Hall where she did the paperwork, record keeping and money ledgers for the PA Lottery sales for the Puff Stores in Pennsylvania.

Upon retirement, Diane walked to the Clinton County SPCA and adopted her first dog named Cinder, who was a major part of her life.

Diane was Protestant by faith. She golfed and camped in her younger years, was a perfectionist in sewing and crocheting and loved to read and walk. She continued doing her own yard work and snow shoveling until age 83.

In addition to her parents, she was preceded in death by a son, William T. Berry, who passed in February of 1996.

Friends and family will be received Monday at the funeral home from 6 p.m. until the time of the service.

Memorial contributions may be made through the funeral home to the Citizens Hose Fire Company.