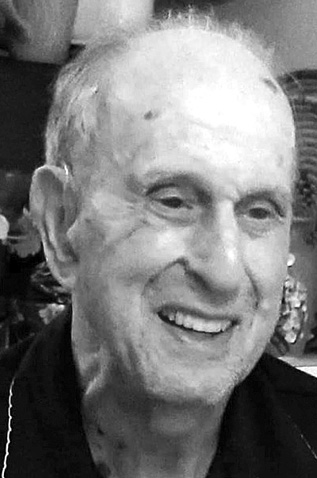 The son of Samuel and Bertha Drier, immigrants, he was born and raised in the Bronx, N.Y. He later lived in Harlem, then Queens, then Nassau County, until leaving New York in 1988 to live in Williamsport. He married the love of his life, Ethel Jonas, who survives, on Feb. 19, 1949. He is predeceased by his parents and by his sister Ethel Brandt of the Bronx. Surviving, besides Ethel, are his children, Susan Drier Jonas, Mexico City, Mexico; Marc (Darla) Drier of Jersey Shore; David (Di) Drier of Newburgh, N.Y.; and Brian (Katsura) Drier of Ni’igata, Japan.

An athlete all of his life, Eugene played full-court basketball through age 79. He’d played basketball for NYU in Madison Square Garden; he’d played against future hall of famer Bob Cousy in a New York City high school championship game. He once coached a basketball team in Kenya. He was a top runner for NYU, which was an elite track team nationally while he was there. He grew up next to the old Yankee Stadium. He loved the Yankees since he was small, and as a lefty pitcher/first baseman he played through college and even one year professionally.

A retired comptroller and public accountant, he’d gotten his accounting degree from NYU where he and a fellow top student and future Federal Reserve Chairman Greenspan would have spirited debates over economic theory.

In 2002, he was awarded “Man of the Year” by the Mid-Atlantic Federation of Jewish Men’s Clubs.

He was ever devoted to his artistic sweetheart Ethel, and he traveled with her throughout the world on many fascinating, sometimes dangerous trips. Together they have participated in community theater productions here and previously in New York. He usually played a comedy role and he could sing.

Eugene was known as an upbeat, storytelling and kind hearted friend, husband, father, grandfather and great-grandfather.

A great man. He will be missed!

A graveside service for Eugene will be held at 1 p.m. on Sunday, Jan. 5, at Ohev Sholom Cemetery, Montoursville with Marvin Hurwitz officiating.

In keeping with Jewish Tradition, there will be no viewing or flowers. Arrangements were entrusted to Maneval Allen Redmond Cremation & Funeral Home. To leave a condolence for the family, please visit www.jamesmaneval.com.