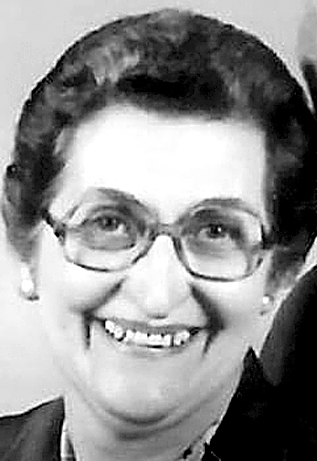 She was born on June 14, 1919 a daughter of the late Thomas Jefferson Fox Jr. and Bertha Estella Mayes Fox.

They were blessed with three daughters Carol (Tom) Livingston of Salona, Shelbie (Grant) Weston of Julian, and Deanna (Eugene) Weaver of Howard. She was preceded by a son, Johnny Lynn Moore.

Sara graduated from Mill Hall High School in 1937. She worked at numerous jobs over the years including: The Armature Works in Mill Hall, Linden Labortories, Hublersburg, Penn State test kitchen, and assisting her husband with delivering milk, and she loved driving the Coal truck.

She was an accomplished pianist and taught herself to play the organ. She also enjoyed crocheting and attending Sam Moore’s Bus tours.

Along with her parents, husband, and son, she was preceded by a sister, Mary Elizabeth Hunter and great-great-grandchildren Gregory and Amber Confer.

Burial will be at Jacksonville Cemetery, Howard. Friends will be received on Tuesday, Jan. 14 from 6-8 p.m. at the funeral home.