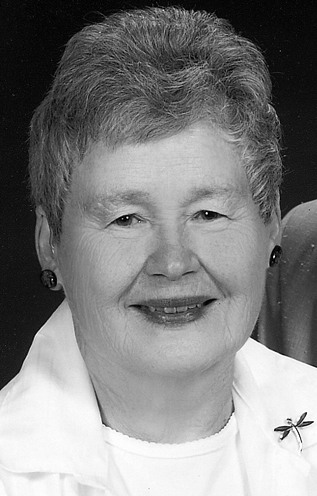 She attended Knox College, Galesburg, Illinois where she received a Bachelor’s degree in English and English Literature.

After their marriage they moved to Alaska, where Russell was stationed in the U.S. Air Force at Fairbanks, Alaska. After the Air Force they moved to Iowa City, Iowa so Russell could finish his Master’s and Doctorate in Music Education. Susan and Paul were born in Iowa City and then moved to Lock Haven in 1966 where Russ taught music at Lock Haven University.

Betty was a stay at home mom, but was very active in the Adult Literacy Council and taught several adults in Lock Haven to read. She was a member of St. Luke’s United Church of Christ, American Association of Women and Lock Haven University Dames.

She also served on the KCSD school board and was very active in AAUW.

Betty is survived by a brother Robert Darnell of Mesa, Az.

A memorial service is being planned and will be announced at a later date. Interment will be private.

Memorial contributions can be made to the Ross Library or the Clinton County SPCA through the funeral chapel.