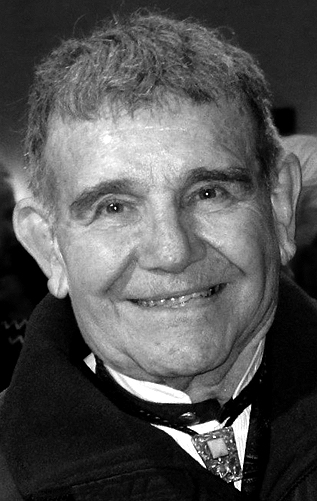 Biff’s wrestling career was a very successful endeavor. In high school he was a 4-year varsity starter with a record of 40-5-0. At Lock Haven State College he won three College Conference Championships and two NAIA Championships with a record of 72-10-1. Biff was never pinned in high school or college. He also qualified to wrestle off for the 1964 Wrestling Summer Olympics, but unfortunately, due to a car falling on him, he was not able to compete.

His coaching career started in Alexandria Bay, N.Y. in 1963. A year later he moved to Titusville where he coached from 1964-1969 with a record of 42-19-1. Biff had his first undefeated team in 1968. He also defeated an orangutan at a county fair after carefully scouting his movements for three nights–which was a true story he loved to tell.

Biff moved back to his hometown of Mill Hall where he taught and coached at Bald Eagle Nittany High School from 1970-1995. He was the assistant coach for B.E.N.’s Junior High Football team for eight years. While coaching the wrestling team, they compiled a record of 252-136-5. Biff had 53 District 6 champions, 20 regional winners and seven state titlists. He coached three undefeated seasons– 1976-77, 1992-93 and 1993-94. Biff also coached the Pennsylvania Cadet and Junior National teams in Freestyle and Greco wrestling for eight years.

After retiring from teaching at Bald Eagle Nittany High School in 1996, Biff enjoyed trail and parade riding with Becky, Danielle and other family members with Dusty Boots. He also delighted in sharing his horses and mentoring 4-H members, especially the Yoas and Miller families. Biff was president of the Clinton County 4-H Horse Leaders for several years and was also honored as 4-H Leader of the Year by the 4-H members. Many people looked forward to watching Biff ride his wild broncos at the fairs where he competed in the pole bending, barrel racing and key hole gaming classes until he was 74. He also liked cow cutting and penning.

Biff was an avid hunter and fisherman. He loved going out with his eldest son and daughter-in-law, Biff II and Linda. They had so many awesome and unbelievable tales to tell when they returned from their adventures. The story of an overturned canoe while fishing always made its way into the conversation and, of course, the BIGGEST fish or deer almost always got away!

He also raced motorcycles in his earlier years. Biff always enjoyed life to the fullest and had many injuries to show for it including 10 concussions and many body part replacements. He loved having an entourage of many pets, especially his horses, Dee-Dee, Sassy and Junior.

Many people referred to Biff as a legend in his time! He will be truly missed and loved in our hearts forever!

Friends and family will be received at the funeral home on Tuesday from 5 until 8 p.m.

Biff’s family sends a special thank you for their excellent care to the entire nursing staff at UPMC – Haven, especially Staci Kaler.

His family will provide flowers. If you desire, memorial contributions may be made to Mat Town Wrestling, the Clinton County S.P.C.A. or a charity of your choice.