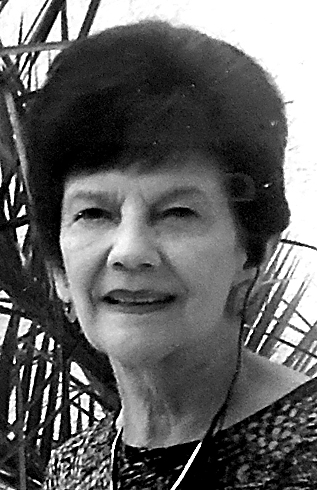 Joy was the widow of the late Daniel Edward (Eddie) Henry, former Fire Chief of the City of Harrisburg. She was born to the late Frank and Frances Grieb on Aug. 13, 1934 in Mill Hall.

Joy was a pioneer in the household goods moving profession. For many years, she was Comptroller and then President of the M. F. Rockey Moving Company of Camp Hill.

In 1977, she successfully launched her own moving agency, the Lindeman Moving and Storage Company, based in Harrisburg. Joy, always immaculately groomed, was a strong and savvy business executive who set the standard nationally for fine service and innovative approaches both to household and commercial moves.

Most importantly, she was trusted by her customers and respected by her competitors. She was a valued member of several transportation professional organizations and, in time, became a founding member of the Executive Women of Harrisburg.

Joy loved music, and she and Eddie had season tickets to the Harrisburg Symphony Orchestra for many years. Her home was always filled with the sound of classical music.

She loved dancing, and she and Eddie were lovely to watch on the dance floor. She could play the accordion and piano and would occasionally be persuaded to do so. But that was not all.

She was an excellent cook! She once remarked that the greatest compliment one could give to a professional colleague was to invite them to dine in one’s own home. She was a master at the game; and no one entertained with more hospitality and grace.

Relaxation activities included deep sea cruising; a trip to Vienna, musically the city of her dreams, while on the Danube River cruise, and a trip to Normandy for a milestone anniversary of D-Day. She and Eddie were particularly fond of the Cayman Islands, where they vacationed frequently with their friends.

A special and generous friend, Joy lived up to her name! She had a life that was well lived and well earned, and she will be missed by those who were fortunate enough to be in the pleasure of her company.

Memorial Services were held Monday, Feb. 10, 2020, online condolences may be made to www.neillharrisburg.com.