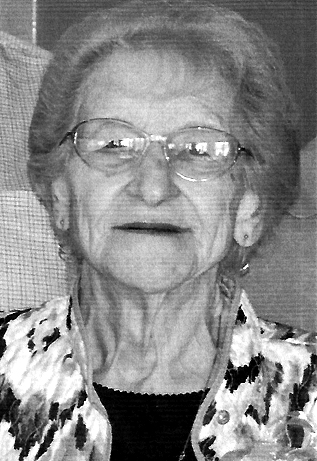 Mary Kathryn Parks, 92, of McElhattan entered into the arms of her Lord on Saturday, Feb. 22, 2020 surrounded by her loving family.

Born May 19, 1927, she was the daughter of the late Oscar Robert and Mary Barner Gilmore.

She was employed by Hammermill Paper Co. for 26 years. She was also a friend and caregiver for many years to Hall and Betty Achenbach.

Mary Kathryn was active in her church, serving on many committees, and especially enjoyed going on mission trips.

In recent years, she enjoyed going to the Texas Restaurant in Lock Haven and volunteering at the Salvation Army.

She is survived by four sons, Lewis A. (Peggy) of Mechanicsburg, Ronald C. (Linda) of Mill Hall, Robert F. (Mary Ellen) of McElhattan and John O. (Crystal) Parks of Mill Hall; a sister, Charlotte Fetterolf of Madisonburg; a daughter-in-law, Marie Lomison of Howard; and a near and dear friend, Holly Yohe of Williamsburg.

A funeral service will be held on Saturday, Feb. 29, 2020 at 11 a.m. at McElhattan United Methodist Church, 502 McElhattan Drive, McElhattan, with Pastor Laura King officiating. Interment at Hayes-Fearon Cemetery will be at the convenience of her family.

Friends and family will be received on Friday, Feb. 28, 2020 from 6 until 8 p.m. at the Donald G. Walker Funeral Home, Inc., 231 High St., Flemington, and again on Saturday at McElhattan United Methodist Church from 10 a.m. until the time of the service.

Memorial contributions in Mary Kathryn’s name may be made to either the McElhattan United Methodist Church or the Lock Haven Salvation Army through the funeral home.