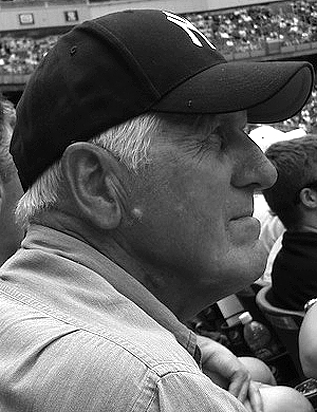 Ronald William Denker was laid to rest on Feb. 24, 2020 in the Sydertown Community Cemetery having peacefully passed on Feb. 21 at the age of 86.

He was born on Oct. 10, 1933 in West Patterson, N.J. to the late Christian Wilhelm Denker and Emma Krause Denker.

In addition to working the family nurseries throughout his childhood, Ronald was a young avid sportsman having played basketball, wrestling, and finishing as the top New Jersey third baseman in 1951.

A farmer at heart, Ronald declined a recruitment scholarship offer from the Boston Red Sox due to the lack of a dairy science degree at the school; choosing instead to continue his schooling at Pennsylvania State University where he worked three jobs and graduated in 1955 from the College of Agricultural Science with a dairy science concentration.

The couple spent much of their free time traveling the Midwest antiquing and preparing for their eventual retirement to Nittany, Pa.

An online guest book can be signed or condolences to the family available at www.kader-neff.com.