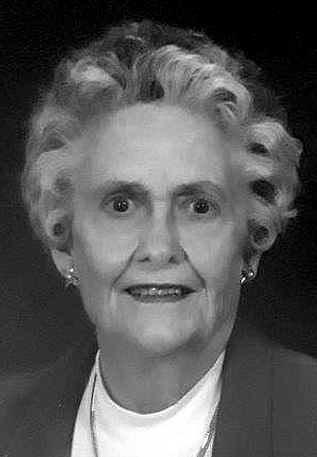 Eleanor Mae Reese, 95, a resident of the Homeland Personal Care Facility in Harrisburg, formerly of Dunnstown, passed away at her residence on March 24, 2020. She was born in Lock Haven, March 19, 1925 to the late Bruce and Anna Clymer Munro. Eleanor was preceded in death by her husband, Paul R. Reesewho passed away May 27, 1990.

Eleanor had been a member of the First Baptist Church where she served as secretary for many years and had been a graduate of the Lock Haven High School.

Eleanor had moved in her later years to The Woods Independent Living in Camp Hill. She was active separating the mail and delivering flyers to residents. Several years at Christmas time she rang the bell for the Salvation Army at one of the local markets where the local news station did an interview with her. After she moved to Homeland Center, she loved the activities there until her death.

She was preceded in death by her siblings, Dorothy Probst, Catherine Taylor, Phyllis McDonough and Bruce Munro. Also a grandson, Scott A Pechart.

Private Graveside services will be held at the convenience of the family in the Dunnstown Cemetery. In lieu of flowers, memorials will be accepted to the First Baptist Church of Lock Haven or Homeland Center Endowment, 1901 North 5th Street, Harrisburg, Pa.

Online thoughts and memories may be made at www.yost-gedonfuneralhome.com