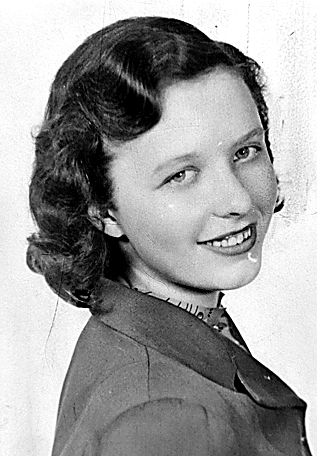 Georgia attended the Renovo High School. She devoted her life to raising her children and being the best homemaker God ever created. She succeeded at that task.

Georgia was a devout Catholic. She was a member of the Queen of Archangels Parish in Clarence. She enjoyed singing, dancing and loved music, art, cooking, baking, and reading. She loved to spend time with her entire family. She was very loyal to her husband, children, grandchildren, great-grandchildren, brothers and sisters, and numerous friends, especially the Saylor, Rivel and Basalla families.

On her last day here on earth, she was able to attend the marriage of her son, David to Benildes. They married at Georgia and Clement’s home with the family surrounding the occasion. She was there in spirit and shortly after the vows were said, while the family was saying the Rosary, Georgia passed into God’s arms and entered her heavenly home.

Along with her parents, Georgia was preceded in death by a son in-law, Paul W. Feeney, two brothers, Jackie Watt and Philip Watt and one sister, Janice DeMarte.

In the wake of COVID-19, all services will be postponed until a later date which will be announced. In lieu of flowers, memorial contributions can be made to the Queen Archangels Parish Church, 102 Church St. Clarence, 16829 or to the American Cancer Society, 1375 Martin St. Suite 206, State College, 16803. Arrangements have been entrusted to Daughenbaugh Funeral Home, 106 W. Sycamore St. Snow Shoe. An online guest book can be signed or condolences to the family available at

Please take pride: Pandemic is no reason to litter