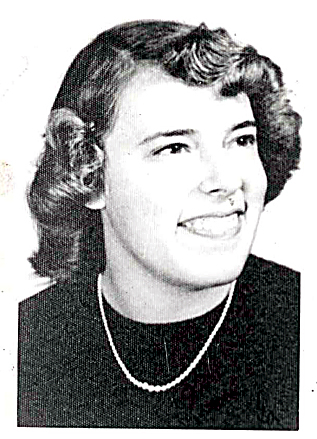 Lula Amelia “Chip” Moore, 86, of 12 Munro Road, Mill Hall passed away Wednesday, May 13, 2020 in the Gatehouse at the Divine Providence Hospital in Williamsport. She was born Lock Haven on March 17, 1934 to Raymond and Naomi Messner Gorham.

Lula was a 1952 graduate of Lock Haven High School and had worked in the finishing department as a head mender for more than 17 years retiring from the Woolrich Woolen Mills. She had been a member of the First Church of Christ of Lock Haven and most recently the Blanchard Church of Christ. Through the years she was a baby sitter to many children as well as a guide and mentor.

Private services for Lula A. Moore will be held in the Yost-Gedon Funeral Home and Cremation Services, LLC, 121 West Main St., Lock Haven.

In lieu of flowers memorials can be made in Lula’s name to the Blanchard Church of Christ, 161 Beach Street, Blanchard, PA 16826.

Online thoughts and memories can be made at www.yost-gedonfuneralhome.com or on the Yost-Gedon Facebook page.