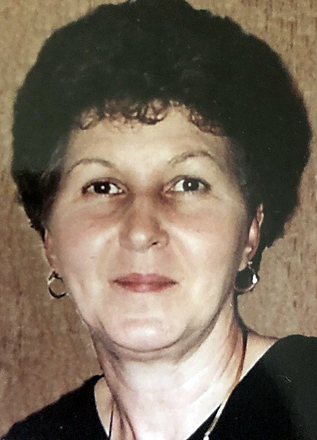 Norma Lynn Beck, of Snydertown, passed away peacefully on May 15, 2020 at Centre Crest Nursing Home in Bellefonte. She was 74. She will be remembered by all who knew her for battling Parkinson’s Disease for 23 years with dignity and grace.

Born in Bellefonte on Jan. 8, 1946, she was the youngest child of the late Charles and Dorothy Fisher Tibbens. In addition to her parents, she was preceded in death by her brother, Stanley Tibbens.

“Mame,” as she was fondly known by immediate family, was a nickname given to her as a teenager and stayed with her for the rest of her life.

Norma was raised on Howard Street in Bellefonte and was a 1963 graduate of the Bellefonte Area High School.

She worked for HRB Singer, Amp Inc., The Pennsylvania Department of Labor and Industry, and The Pennsylvania State University from where she retired in 2001. Norma also took classes at Penn State while employed at the university.

Norma and Bill were married 53 years. Over the years they, along with their two daughters, lived in Harrisburg and the Bellefonte area. Upon moving the family back to Centre County in 1980, Norma and Bill took care of their parents, and in the 1990s began working tirelessly to research and restore the Beck family farmhouse to its Victorian period.

They frequently traveled to upstate New York to visit family and throughout New England with their children to visit historical landmarks.

Norma was an accomplished amateur photographer, published in magazines and newspapers for her pictures of wildlife, flowers, and farmland. She had a “green thumb” manifested in her flower gardens, houseplants, and raspberry bushes. For many years she cultivated a zinnia flower garden and delivered vases of cut flowers to ailing people in their homes and at hospitals.

She also enjoyed genealogy, researching many generations including European ancestors. She loved cooking and baking, ensuring all had full stomachs with extra food to take home.

Norma was a member of the St. Mark Lutheran Church in Snydertown.

Arrangements are under the direction of the Kader-Neff Funeral Home.

A memorial service will be held at the family’s convenience. Contributions in memory of Norma may be given to St. Mark Lutheran Church at 850 Snydertown Road, Howard, Pa. 16841 or the Parkinson’s Foundation at 1359 Broadway, Suite 1509, New York, N.Y. 10018.