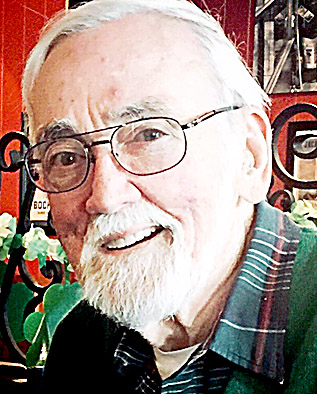 He attended St. Joseph’s Catholic School in Renovo and after working in the machine shop for the Pennsylvania Railroad in electronics he enlisted in the Navy and served from 1951-1957 (active duty) and 1957-1961 (reserves) while attending Penn State University. During his service he was stationed in the South Pacific doing testing on the Atom Bomb and is a member of the National Association of Atomic Veterans. He also is a member of the Tin Can Sailors which are those that served on a Destroyer.

Francis was a member of the B.P.O.E Lodge # 1094, the American Legion, the VFW and the Knights of Columbus. He also served on the Pennsylvania State University Credit Union Board until his retirement.

Francis was an Eagle Scout and proud to have two further generations of Eagle Scouts within his family.

Beloved by many for his, occasionally acerbic, dry wit and congenial nature he was always keeping those around him on their toes. He was particularly proud of his 100 percent Irish lineage and often reminded those around him of his extreme good fortune.

Francis was a member of St. John the Evangelist Catholic Church in Bellefonte. Arrangements are being handled through Koch Funeral Home in State College with private services held at the convenience of the family. Online condolences and signing of the guest book may be entered at www.kochfuneralhome.com

Geisinger gets $979,000 for telemed services during pandemic