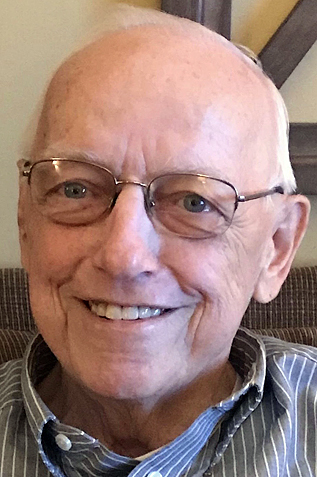 Gary Lee Gregory, 75, of west Renovo passed away peacefully Sunday, June 28, 2020 at his home surrounded by the love of his family. He was the beloved husband of Ann L. (Stiger) Gregory.

Born Oct. 5, 1944 in the Renovo Hospital, in Renovo, the son of Edmund and Levona (Seyler) Gregory.

After graduating from Renovo High School in 1962, he went on to attend the Thompson Business Institute and earned his Business Administration Degree.

He proudly entered into the U.S. Army and served as a Surgical Technician from 1965-1967.

He returned home to marry the love of his life, Ann, on July 1, 1967 in Erie, Pa. and the couple shared almost 53 years of marriage together.

While living in Erie, he continued his professional education with course work at Gannon College while working in accounting for Swanson Erie Corporation and later at the GAF Materials Corporation.

In 1975, he moved with his family back to his hometown of Renovo and began working for Prudential Insurance as an insurance agent. In 1981, Gary was proud to accept the position of bank manager at the former Commonwealth Bank and Trust Company in Renovo. It became a lifelong career that he retired from in 2011.

Gary was a member of the Zion Evangelical Lutheran Church. He loved his community and proudly served in multiple civic and community organizations.

He represented Renovo at the Partnership meetings in Lock Haven and assumed the role of treasurer for Rotary, the Greater Renovo Area Heritage Park, the CTA, the Renovo Council of Churches, and the Good Neighbor Foodbank.

He took so much pride in being able to live and raise his children in the Renovo community.

In addition to his wife, Gary is survived by his daughters, Melissa (Bob) Paloskey of Bellefonte, Laurie (George) Hlodash of York; four grandchildren, Megan, Nick, Ally, and Chris; and one brother, Grant Gregory. Gary was preceded in death by his parents; four brothers; and three sisters.

A memorial service and visitation at the Zion Evangelical Lutheran Church in Renovo will be announced at a later date.

Burial will be at Fairview Cemetery with full military honors provided by the Renovo Honor Guard. Maxwell Funeral Home, 205 5th St., Renovo has charge of arrangements.