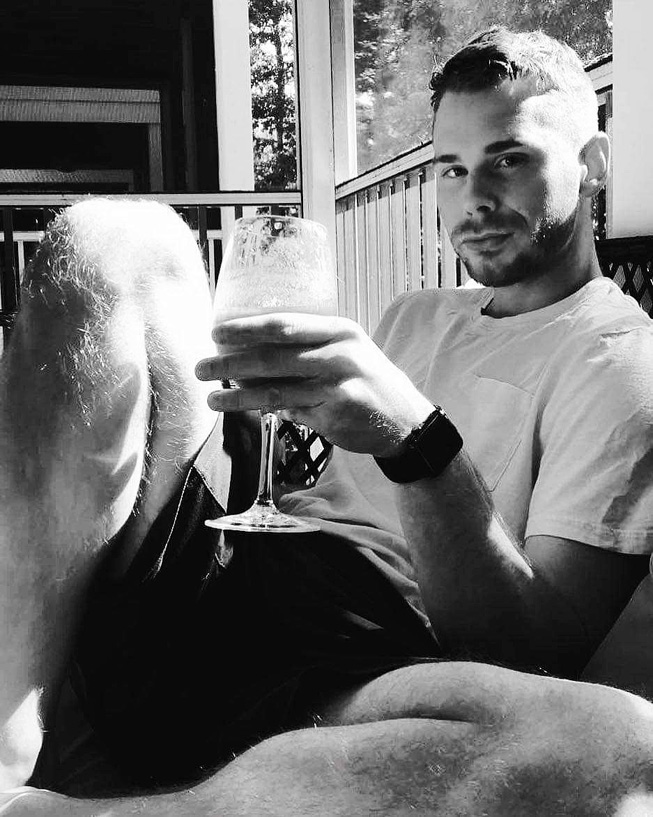 Born June 13, 1994, in Lock Haven, he was the son to Patrick Bartlett of South Williamsport, and Holly (Ronald) Bickle of Mill Hall.

Alex was a 2012 graduate of Central Mountain High School (CMHS). As an active participant in CMHS musicals, in 2012, he was presented with the Ray of Light Award for best performance by a leading actor in a musical. Subsequent to his years at CMHS, Alex went on to earn a Bachelors of Science in General Biology with a minor in Political Science from Lock Haven University of Pennsylvania (LHU) in 2017. As a research student at LHU, Alex contributed to genomic research at the world-leading McDonnell Genome Institute, part of Washington University in St. Louis, Missouri. During Alex’s undergraduate years, he served as a Pharmacy Technician at Weis Markets, a Circulation Desk Clerk at LHU’s Stevenson Library, and a Lifeguard at the YMCA.

While attending LHU, Alex joined Alpha Chi Rho (AXP). Early on, Alex’s contagious personality and charisma made him a great fit for the fraternity’s Social Chair position. He built close connections with many of the sororities at LHU and in 2015, earned the title of Alpha Sigma Tau Sweetheart. His legacy and kindness were met around campus. Alex served as an Interfraternity Council Liaison for AXP and helped discuss current fraternity events. His role in AXP continued and his hard worked paid off – he achieved a position on the executive board of AXP as secretary. Alex graduated LHU as a mentor and role model to undergraduate men and women.

After graduation from LHU, Alex accepted a temporary position in biosurgery at Osiris Therapeutics in Columbia, Md. Due to his excellence, Alex was hired-on as a permanent employee and quickly moved up the ranks. He received no less than three promotions in under two years. Beginning as a Manufacturing Associate, up through two levels of Manufacturing Technician, Alex finally earned the title of Compliance Specialist. Doing his part to improve patient’s quality of life, Alex’s career at Osiris required him to ensure tissues for transplantation and research were held to the utmost highest standards. Burning the candle at both ends with his desire to be at the forefront of public health, Alex was concurrently pursuing a Masters of Science in Biotechnology, specializing in Biosecurity and Biodefense, at the University of Maryland Global Campus.

Alex was an active member of the community. Baptized on May 15, 2006, at Swissdale United Methodist Church, Alex was a member of the L.I.F.T. youth group and a youth summer counselor at Wesley Forest United Methodist Camp for many years. In his pursuit of noble causes, Alex acted as a fundraising volunteer for both the American Cancer Society and the Testicular Cancer Awareness Foundation.

At this time, there will be no service. In true Alex form, he would want to go out in style, helping others. A memorial benefit in his memory to the Testicular Cancer Awareness Foundation will be announced at a later date. Alex had a zest for life and a courageous, fun-loving soul, with a smile and a personality to light up any room. Throughout his short but incredibly meaningful life, Alex touched more lives than can truly be counted. His final wish was to selflessly donate his body to science. Even in eternal rest, Alex will continue to aid medical researchers, in the hope of finding a cure for the future.

The family would like to give a very special thanks to Alex’s wonderful hospice nurse, Kylie Green, and his social worker, Stacey Treece, for their loving care and dedication to Alex during his final days here with us.

In lieu of flowers, memorial contributions in Alex’s name may be made to the Testicular Cancer Awareness Foundation at www.testicularcancerawarenessfoundation.org.

Arrangements are entrusted to Frederick B. Welker Funeral Home, Jersey Shore. Fond memories and expressions of love may be made at www.welkerfuneral

“Living with Stage 4 cancer at 25 years old surely wasn’t my plan. But I have to learn to live with it and keep fighting. It doesn’t just affect you, it affects everyone around you. My words of advice: don’t be afraid to talk to someone; don’t be afraid to admit you’re having a bad day. Seek all the help that you possibly can, because when you’re diagnosed with cancer, so is everyone else around you.” – Alex