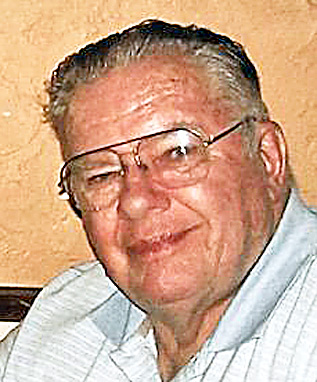 John (Jack) R. Miller was born in Lockport, Pa., the son of Robert “Andy” E. Miller and Carrie Johnson Miller. He grew up on Island Route at the Miller homestead, built in 1838, with his foster brother, the late Charles “Cody” William Johnson. He attended Lock Haven High School and graduated from the University of Pennsylvania with a B.S. in Electrical Engineering. He was employed by Sylvania Electronics Corporation in Mill Hall. On Sept. 10, 1950 he married Dorothy June Sigmund, also of Lock Haven. He was drafted in February 1952 to the Signal Corp of United States Army. He was honorably discharged in 1954 and returned to Sylvania until retiring as Division Quality Control Manager in Seneca Falls, N.Y., in June 1989.

Faith and church activities have played a role throughout Jack’s life including camp counselor, Sunday School Teacher, singing in the church choir, traveling to the Holy Land, member of Walk to Emmaus and serving on numerous committees and leadership roles in the church.

He enjoyed playing trumpet in high school and continued through the years, including playing with the Auburn Civic Band. Hunting and golfing were passions throughout his life and through retirement as well as walking and scratching his beloved dog, Xolar.

Services will be held at a later date. In lieu of flowers, contributions can be made to American Red Cross, 825 John Street, West Henrietta, NY 14586, Memo: In Memory of Jack Miller. Arrangements are with White Chapel Funeral Home, Auburn, N.Y.