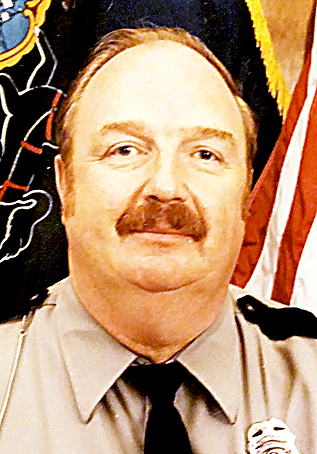 He was born July 9, 1940 in Chest Springs, Pa., the son of the late Ray and Marie (Lynch) Kibler. He was preceded in death by not only his parents but a sister, Karen McCormick, and an infant brother, Timmy Kibler.

On June 23, 1962, he married his love, the former Michele A. Cillo with whom he shared 58 years of marriage. In addition to his wife Michele, he is survived by his two children: Denise Kibler Wood (Fred) of State College, and Mark (Paula) Kibler of Lock Haven; a brother, Jerry (Sandy) Kibler of Lock Haven; two sisters, Elaine Fuller of Boalsburg and Bonnie Dieffenbacher of Virginia and a grandson, Hunter Kibler.

Mick graduated from high school in 1958 and went on to work at the Hammermill Paper Company. Several years later he attended the Police Academy in Allentown and went on to serve 20 years as a police officer for the Lock Haven City Police. He then became a detective, and served in that capacity for five years before retiring in December of 1996. Upon his retirement he served as a Jury Commissioner at the Clinton County Courthouse for four years. His devotion and selfless service to the Lock Haven area left a lasting impact on all of those whose lives he touched. He was well loved by both his fellow officers and also those he served.

Mick was an avid antique collector and for many years enjoyed traveling to auctions, flea markets and yard sales.

He was a lifetime member of the Sons of Italy, as well as a member of the Lock Haven Elks and the American Legion. He and his wife were members of the Holy Spirit Parish and attended St. Agnes Catholic Church.

Due to the stringent requirements for social distancing there will not be a public viewing. In lieu of, a funeral procession in honor of Mick will take place on Sunday, Aug. 2, 2020 at 1 p.m., which will begin at the Donald G. Walker Funeral Home and continue down Bellefonte Avenue to Church Street. It will then follow E. Main Street and conclude at Triangle Park. We encourage friends and family wishing to pay their respects to Officer Mick to line the streets for the procession.

Arrangements are under the direction of Donald G. Walker Funeral Home, Inc., 231 High Street, Flemington, Pa., 17745. Online condolences may be given by visiting www.donaldwalkerfuneralhome.com.