A wonderful time at Heritage Days 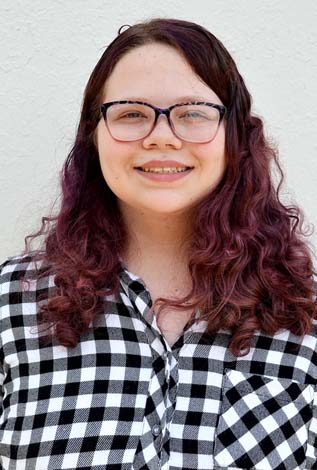 I’m a bit of a history nerd, so when my aunt asked me if I wanted to go to Fort Freeland with her, I practically jumped up and down. Before I get into how the day went, I’ll go into depth about how Fort Freeland was essential. Fort Freeland is a fort in Turbotville, Pa. Now, there is a certain reason why Fort Freeland is more important than the credit it’s given. It wasn’t a part of the Revolutionary War, but it did help America win.

Indians attacked Fort Freeland on Aug. 26, 1779. British forces went to help the ones in Fort Freeland, because they were asking for help. Since there were soldiers going to the fort and not fighting on the front lines, it gave us a chance to win. It wasn’t a battle in the war, but it was one of the significant events that happened outside of it, and we might not have won without it.

Now that we know the back story, I’ll explain what was happening there. Warrior Run is a school that’s right near Fort Freeland, and once a year for two days, they hold something called Heritage Days. It’s an event where you go, with a paid admission, and look at different trades and skills used during that time period. There’s also a reenactment of the battle, and Indian and American settlement demonstrations.

Some of the skills shown were pottery, rope making, shingle making, paper making, cross-stitching, flax making/harvesting, tin-smithing, black-smithing, candle making, and several other stands that described how things were made. They also explained how normal things were done, such as cooking and washing.

It was raining, and I sadly didn’t get to see the reenactment, but I did get to see and learn a lot about the history of the place and what happened. I got to see an old school room, and how they would write with quills and ink. I also got to learn about Indian culture and how they lived.

However, the last part of the day was my favorite. At the old American Settlement tent, I saw a man with a snare drum. I’m a percussionist, and I found this pretty exciting. He went on to explain how snare drums were essential to the battle, and even just things around the camp. He also said different rolls and patterns played on the drums meant different things. One meant get more water, one meant get more firewood, and a roll meant that a battle or war was starting. There were no verbal commands, it was all done by drums.

Heritage Days are a wonderful experience, and I recommend if you can go, then go. They also take apprentices to learn the trade. It’s a friendly environment and everyone there just wants to teach you about their trade and it’s pretty fun.

By SHAUN M. DOUGHERTY President Donald Trump has proposed one of the largest increases in funding for career and ...

Dear Annie: Eyes on the clock

Dear Annie: I’ve had my current job for four years. I work at a small company of about 20 employees. My ...

AL SEVER Montoursville A recent letter to the editor stated that prices for flying out of the Williamsport ...

Allergist will need to step in to assess beta blocker rash

BY KEITH ROACH, M.D. DEAR DR. ROACH: I have a dilemma. I suffered an aortic dissection nine months ago and was ...