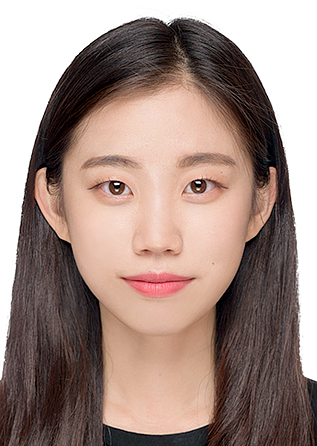 Do you know Chuseok in Korea? There may be many people who don’t know it.

Then do you know Thanksgiving Day? Yes! It is the day to thank God for an abundant harvest and to honor the founding ancestors.

Then what is Chuseok? As you might expect, it is Korean Thanksgiving Day.

Chuseok means the day to thank our ancestors for an abundant harvest, like Thanksgiving Day.

It is one of the two most important and biggest holidays of Korea.

Almost all families in Korea go to meet their own parents, grandparents, and other relatives every Chuseok even if there are always terrible traffic jams.

Whole families gather and spend a good time eating delicious foods, playing games, and thanking their own ancestors or God.

Of course, my family enjoys a happy time together every Chuseok, eating some special foods, playing some games, and holding special services.

Every Chuseok, my family eats many kinds of food such as Songpyeon (rice cake), Torantang (taro soup), Sikhye (barley beverage), Galbi jjim (Braised Short Ribs), Dongrangttang (Korean-style meatballs), and Jeon (Korean style rice pancakes). Among them, Songpyeon, Torantang, and Sikhye are foods not only my family, but also other families, eat every Chuseok, and they are the main foods of Chuseok.

Among the three foods, Songpyeon is the main food. Songpyeon are half-moon-shaped rice cakes which are steamed with pine needles. My whole family sits around together and makes them every Chuseok. There are two main types of Songpyeon, depending on what we put in them.

We put mung bean powder or sweet sesame powder in them. We usually make both kinds, but most of my family members like sweet sesame Songpyeon more than mung bean, and I do as well. After making them, we steam them with pine needles.

In the word Songpyeon, Song means a pine tree. The reason why we steam Songpyeon with pine needles is that pine needles not only give a good smell, but also help Songpyeon not to go bad. However, these days, under the influence of air pollution, many families don’t use pine needles.

Then, why is Songpyeon shaped like a half moon?

According to the book Samguksagi, which is set in the Three Kingdoms Period (Beakje, Silla, and Goguryeo), during the reign of King Uija of Baekje, it was written on the back of a turtle dug from the ground of the palace that Baekje was a full moon and Silla was a half moon. (For reference, Baekje and Silla are ancient countries of Korea.)

A fortuneteller interpreted that Baekje would decline and Silla would develop in the future. Eventually, Baekje was destroyed by Silla. From then on, a half-moon symbolizes a better future, and Sonpyeon is half-moon shaped. In addition to this story, there is a myth that if you eat a pretty Songpyeon, you will have a pretty daughter. Because of this Samguksagi story and the myth about it, my family always tries to make the prettiest Songpyeon in the world.

Torantang is another food of Chuseok. Toran means taro and tang means soup, so Torantang means taro soup. Actually, I really don’t like taro, so I don’t want to eat it. But every time I didn’t want to eat it, my grandmother always told me that I had to eat Torantang because I had eaten a lot of fatty food. Her words have a scientific reason. We eat many kinds of fatty food on Chuseok (I think that Chuseok is the day we eat the largest amount of food), and that can cause indigestion. Taro can help us because it contains components to help digestion. Even though it is not my type, I recommend trying it because it symbolizes Chuseok.

Sikhye is a traditional Korean beverage which is made of malt and rice. After boiling rice with water made with malt and putting in sugar, it is born. Although we boil it, we serve it cold. It is not transparent, but foggy. It is not thick, but it might be hard for a beginner to drink because there are grains of rice in it. We must chew the grains of rice at the same time as we drink Sikye.

The reason we drink it is similar to the reason we eat Torantang. Barley, which is a main ingredient of Sikhye, also has a component to help digestion, so it is a perfect dessert for Chuseok. It tastes sweet, so it is very popular, regardless of sex or age. So, not only my grandparents, but also my young cousins, love to drink it.

There are many kinds of games from a long time ago which Koreans play. These days, however, they play only some games. Ganggangsulae, ssireum, tug-of-war, and the game of yut are more often played than others.

Ganggangsulae is a game in which women twirl holding hands under the full moon. It is a typically feminine game. It needs many people, so we usually watch it on TV programs instead of playing with our family. My family also doesn’t play it but watches it on variety shows.

Ssireum is traditional Korean wrestling. It is a typically virile game, but women often play as well. To play it, two players are needed. There are professional ssireum players in Korea, so many people watch ssireum matches, especially on Chuseok. My family likes to watch a ssireum match because my family’s favorite celebrity was a ssireum player in the past.

Tug-of-war is a game in which two teams pull a rope. It needs many people like Ganggangsulae, so it is played on TV programs, or in school or at company track meets. I have played it not on Chuseok, but during school and university track meets, although it is a Chuseok game.

The game of yut is a game in which four yuts are thrown and four pieces are moved according to the result. It needs at least two people and doesn’t need a spacious place. It is also a simple game, regardless of sex or age. For three reasons, it is the most popular among the games. It is my family’s favorite Chuseok game. We sit around and enjoy it, even my grandparents and young cousins.

Of course, the games themselves are interesting, but the fact that the games let all family members gather and communicate with each other is the best advantage.

Some families perform an ancestral rite in the morning of Chuseok. It is called Charye. Its purpose is to give their ancestors delicious foods to express the meaning of Chuseok.

They prostrate themselves in front of a memorial service table where many kinds of food are set. After that, they visit and clean their ancestors’ graves after an ancestral rite. It is called Seongmyo. Its purpose in the past was to thank their ancestors for a rich harvest. But today, its purpose is to thank them for protecting their own family.

Other families, including my family, whose religion is Christianity, have a worship service in the morning of Chuseok. The reason why they don’t perform ancestral rites and visit their ancestors’ grave is that Christian doctrines don’t permit worshiping anyone except the Christian God.

Although they don’t perform ancestral rites, they make and eat many delicious foods as well. In the case of my family, my grandfather leads the worship, and my grandmother prays for us. After that, we eat a lot of food while talking together.

It is really hard to prepare for those events, because they need a lot of food, dishes, effort, and things to do. Despite this fact, almost all families prepare for at least one of them every Chuseok. Although those events have different styles, their purpose is to wish happiness for our own families.

By using Chuseok break, however, they can take a rest with their families. In addition, there are a lot of Chuseok foods, Chuseok games, and Chuseok events that they can eat, play, and hold together, not alone.

Cheonga Lee is a student of Dana Washington, assistant professor of English at Lock Haven University.

A vocal contingent of Spring Grove Area residents is urging that public schools reopen in a business-as-usual ...

Dear Annie: My husband has a long history of being unfaithful to me. He says that it isn’t cheating because he ...

Americans hope they will never be bullied by a police officer. A man or woman with a badge and a gun can be an ...

“But my people would not listen to my voice; and Israel would none of me. So I gave them up to their own ...

Cancel culture is exploding across the country, with predictably disastrous effects. First, the statues of the ...

Dear Annie: Getting behind the wheel with confidence

Dear Annie: Your column is part of my morning ritual. I have three grandchildren, and they’re all approaching the ...