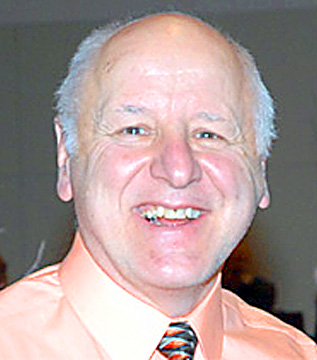 Today marks the 70th anniversary of the beginning of America’s entry into combat operations in the East Asian Korean Peninsula. Often referred to by different names — Korean War, Korean Police Action, Asian War, the Forgotten War — the engagement was relatively short (1950-1953), but extremely costly in terms of loss of human life, with 40,000 Americans killed and another 100,000 wounded. The war was exceptionally brutal on Korean civilians, as a staggering 2.5 million non-combatants lost their lives during the course of the war.

America, in the summer of 1950, prosperous and victorious from World War II, was basking in the rebuilding of the economy, building automobiles, homes, and factories. Soldiers were finally home from Europe and the Pacific, and peace and tranquility spread throughout the land. Thoughts of war had vanished and happy days were truly here again.

Meanwhile, trouble was brewing in Korea. After Japan’s surrender to Allied forces in September 1945, the previously Japanese controlled Korean peninsula was divided into American and Soviet occupation zones, with the 38th parallel as the boundary line between the two zones. North of the line was Soviet-backed North Korea (communist state), while south of the line was American-backed South Korea (democratic state). The governments of both North and South Korea claimed to be the sole legitimate government of all Korea and neither government accepted the 38th parallel as a permanent demarcation line of Korea.

The smoldering disagreement between North and South Korea boiled over into armed conflict at dawn on June 25, 1950, when 90,000 North Korean soldiers, armed with Russian armor and artillery, rumbled south across the 38th parallel, capturing the Korean capital of Seoul in three days. The South Korean army was forced to retreat south to the tip of the Korean peninsula at the seaport of Pusan. The opening salvo of the war was a smashing success for the communist North Korean leadership.

The United Nations responded quickly, passing a resolution supporting the military defense of South Korea, with the United States expected to provide the lion’s share, around 90%, of all UN ground forces sent to Korea. The immediate dilemma facing American president Harry Truman was where to find the military personnel to deploy to Korea, as congress had slashed the military budget by 92% after the conclusion of World War II, reducing America’s military might from a World War II strength of 12 million soldiers to a little less than a million. President Truman readily realized that the country was nowhere near a war footing and found himself hard-pressed to even find any combat units to deal with the initial North Korean assault.

Truman and the UN turned to legendary American General Douglas MacArthur to gain some type of offensive momentum, and MacArthur obliged by using the limited troops at his disposal to breakout from being surrounded by the North Koreans at Pusan, and then making a surprise amphibious landing at Inchon which led to the recapture of Seoul. Quickly the war turned in favor of the UN forces, and now the North Koreans were being driven back north across the 38th parallel. As the calendar turned to November 1951, all looked well for the UN forces, prompting MacArthur to say, “If the war continues this way, we will all be home for Christmas”.

China, however, was not willing to sit back and allow American and UN forces to advance toward the Yalu River, China’s border with Korea, and on November 1, 1950, massive numbers of bugle blowing Chinese troops crossed into North Korea in support of the North Korean army. Wave after wave of Chinese soldiers swept down out of the mountains upon American troops. Although poorly equipped, the Chinese were highly motivated, battle hardened, and led by veteran officers. Surprised by the Chinese intervention, both president Truman and General MacArthur realized the war had now taken on a completely different complexion.

What occurred next was perhaps the most famous civilian/military confrontation in American history. President Truman and his advisors advocated limiting the scope of the war and not extending the conflict. In Truman’s mind, limiting the conflict would prevent additional loss of American soldiers and eliminate the possibility of a third world war with China and the Soviet Union, America’s chief adversaries in Asia. General MacArthur, on the other hand, advocated an all out “no substitute for victory” approach to the war. Bomb the North Korean infrastructure and attack and eliminate the communist government, and then turn into China and continue the assault. MacArthur believed the only option was unlimited war.

The strong-willed MacArthur, a man known for making solid decisions during his long-standing military career, now made the fateful decision that ended his career – he openly and critically challenged Truman’s limited war policy in Korea. He demeaned the president publicly and sought to convince others of the necessity of all out war in Korea. An angered President Truman, asserting that “military commanders must be governed by policies adopted by the government and not deviate from such”, relieved MacArthur as commander-in-chief, Far East, on April 11, 1951, and replaced him with Lt. General Matthew Ridgway.

Over the next two years the front stabilized around the 38th parallel, where it had originally started and became a war of attrition. Much of the fighting took place in the rugged, mountainous part of Korea where winter temperatures reached as low as -60 degrees at times. Roads and mountain passes were often frozen solid, limiting movement of the troops. In addition to the enemy, American and NATO forces faced unrelenting cold, fear, and isolation, comparable to any conflict in American military history.

By mid-1952 the war had reached a stalemate and both sides agreed to go to the conference table and discuss an armistice. Dwight Eisenhower succeeded Truman as president in January 1953 and, fulfilling a campaign promise, travelled to Korea to assess the situation. Eisenhower adopted a “get tough” policy toward communist China and the Chinese, exhausted by two years of war in Korea, finally relented and sign an armistice ending the war on July 27, 1953.

Thus ended a war America was neither prepared for nor wanted. Korea remains to this day a country divided both geographically and politically by the 38th parallel. Korea was the first volley in the “Cold War” between America and the Soviet Union, political and military tensions between the two super powers spanning to the breakup of the Soviet Union in 1991.

While the Korean War concluded in neither victory nor defeat for America, the mettle of the American soldier was in full display during the course of the war. While some may refer to Korea as the “Forgotten War”, the spirit and determination of young Americans fighting in unimaginable cold and terrain, while being greatly outnumbered by the enemy, must not and cannot be forgotten. Korean veterans are now approaching 90 years of age and deserve the respect of all Americans for what they endured 70 years ago.

The following typifies the American soldier who served in the Korean War. David Duncan, an American photo-journalist during the Korean War came across a young Marine who was trying to loosen a single frost-coated bean from others in his can. Raising the bean to his mouth he breathed on it and waited for it to thaw. Duncan, witnessing the entire scene, asked the soldier, “What would you want if you could have any wish answered right now?” The journalist expected the answer to be something along the lines of a hot shower, a warm bed, dry boots, or a sizzling t-bone steak. The young, haggard, bloodied, hollow-eyed Marine took a few moments to compose himself, and quietly replied, “I just want to live to see tomorrow”.

Defunding or re-appropriating law enforcement funding is an impulsive, counterproductive approach to addressing ...

“Rejoice ever more. Pray without ceasing. In every thing give thanks: for this is the will of God in Christ Jesus ...

To your good health: Does osteoporosis medicine perform differently for men?

DEAR DR. ROACH: I am 65 and get very little exercise due to a below-the-knee amputation I had 27 years ago. ...

Dear Annie: I am about to retire. I don’t want to sit around watching TV after retirement, so I’d like to adopt ...

“For a day in your courts is better than a thousand. I had rather be a doorkeeper in the house of my God, than to ...

Recalling the Founders’ views of a free press

America’s Founders regarded a free press as so vital to the new nation that they took care to include that right ...