COVID-19, the church and U.S. Constitution

This pandemic has caused quite a stir; from the onset of the COVID-19 running concurrent with the impeachment proceedings precisely timed to the campaign of disinformation by the Communist Chinese government that reduced the response time for the federal government to react to the first wave of the virus.

While reporters scrambled to unravel the lies from the truth, it has been my contention since then that someone engineered the virus in one place and let it off the leash in another place. It did not surprise me that there was indeed the sort of lab that it would take to store and study that which makes biological weapons at “Ground Zero” in Wuhan, China.

I think most people would agree that the Chinese people are long suffering, waiting for an opportunity to attack these United States, as well as those nations that colonised the East. How perfect a plan would it be to attack the allied world powers and make it look like an accident, or pin the attack on America?

I think in the final analysis, when the truth comes to light, that it will be apparent that the virus was stolen from a secure lab within our own borders by spies of the Chinese government. That the virus (COVID-19) was tactically released into the Wuhan population about the same time as the central government shut down domestic travel, but used international travel as the vehicle to target the international community.

The viral targeting was efficient and effective in shutting down both capitalism in the West and the church throughout the world.

Yes, all houses of worship were affected–but not the main target. As of this moment, the issue has not been decided. While a financial “great deal” was made by our government with China, my research shows the production of goods in China did not even slow down in that country.

In short, China became the only game in town. But there is more. I believe this attack was a test of something more deadly that may be unleashed and thrust upon us in the future. The Chinese military will study the response of the allies, the strengths and weaknesses.

Could it get any worse? Yes.

The radical left has desired to retire the Constitution of the United States of America and the church at large for a long time now. While the American people were distracted by the wrongful, time consuming and costly action of Congress, it became possible to cloak, or cover, the “battle group,” or weapon, that was to be the tip of the sword.

Can you say Pearl Harbor? Sure. –A Mister Rogers reference.

But try walking a mile in his shoes. For my part, I would use my high office to cause every last traitor to be sent for a long vacation at Gitmo. My advice to anyone who does not like America, but is presently living here: We the People have not one moment for you, so get the heck out! You want to live in a Democratic socialist nation? Try North Korea. I am sure there are many people now wiping sweat from their brow and sighing in relief that I am not the man in office for the consideration of my patriotic rant. But my business is the cause of Christ and His Church, not hanging or deporting the traitors of this country that I love and have served honorably.

For many church leaders this seems like a time where people of faith have been boxed into a corner and deprived of their Constitutional rights. It might seem so from the inside looking out, but not from theoutside looking in.

That is to say, there is a difference between martial law and what we are currently experiencing in this land, but I will discuss our experience in Northcentral Pennsylvania.

The governor of Pennsylvania, Mr. Tom Wolf, followed the mandate of the federal government for a state-wide lockdown. In that spirit, people of faith recognized that we should obey our civil authority and pray for our leaders. It is right and good to do so.

But now it is time to examine Scripture in the light of the law of the land: The U.S. Constitution.

This document spells out the do’s and don’ts of government and as it pertains to the church at large and other faith-based organizations–in the absence of martial law.

Martial law is absolute. It dictates to a population what they are to do. For example, in Germany–when the camps were discovered by Allied Forces–the local townspeople were ordered to bury the dead in those horrible places. Closer to home, when Hurricane Agnes caused such destruction and misery here in Pennsylvania, martial law was in effect. There were restrictions and nightly curfews placed on the population. This was acceptable for the administration of the relief to the area and did not violate the U.S. Constitution. It was necessary, absolute and enforced.

Articles 1 through 3 of the Constitution describe the authority, purpose and scope of the three branches of government. The 1st Amendment is about the relationship between the people of faith and the federal government, or church and state. Paraphrased, the U.S. government will not have the right to create a national church organization. That is why the national church in Washington D.C. is run by the Episcopal Church, but the clergy clerics represent the people of faith.

The National Cathedral is a Catholic church in Washington D.C., also not run by the government.

What else does the 1st Amendment have to say about the relationship between the U.S. government and the church? ‘Paraphrased, thou shalt not mess with people of faith. The 14th Amendment says basically that the states may not interfere with the church either.

No one in this country has the authority under the law of the land to forbid people of faith to congregate, or interfere in any way with the peaceful exercising of faith and free speech, religion. The expectation of the Founding Fathers was that religion would be a good influence on government, but not vice versa.

Can churches meet on any given Sunday? Yes. Can churches choose to voluntarily restrict the number of worshipers, telecast on media like Zoom, and keep in the spirit of mitigation? Yes and they should.

For my part, I never locked the church doors on Sunday. But I did not tell our people they should leave their homes in violation of the governor’s stay at home order either.

To attend church in person was left up to the individual. Whether or not the stay at home order was a lawful order is a discussion for the attorneys to battle over.

Here is the bottom line: God may have sent us to our rooms to think about what sinful people we are, but He never hung a closed sign on His churches.

The COVID-19 pandemic has spawned an infodemic, a vast and complicated mix of information, misinformation and ...

During the midst of the Great Depression, U.S. President Franklin D. Roosevelt (FDR), in his first inaugural ... 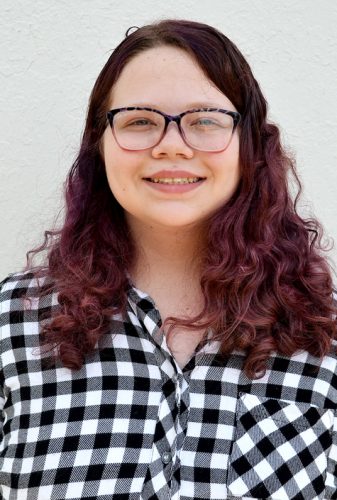 “When I call to remembrance the unfeigned faith that is in you, which dwelled first in your grandmother Lois, and ...

DEAR DR. ROACH: About 20 years ago, I was prescribed amantadine to offset the side effects of psychiatric ...