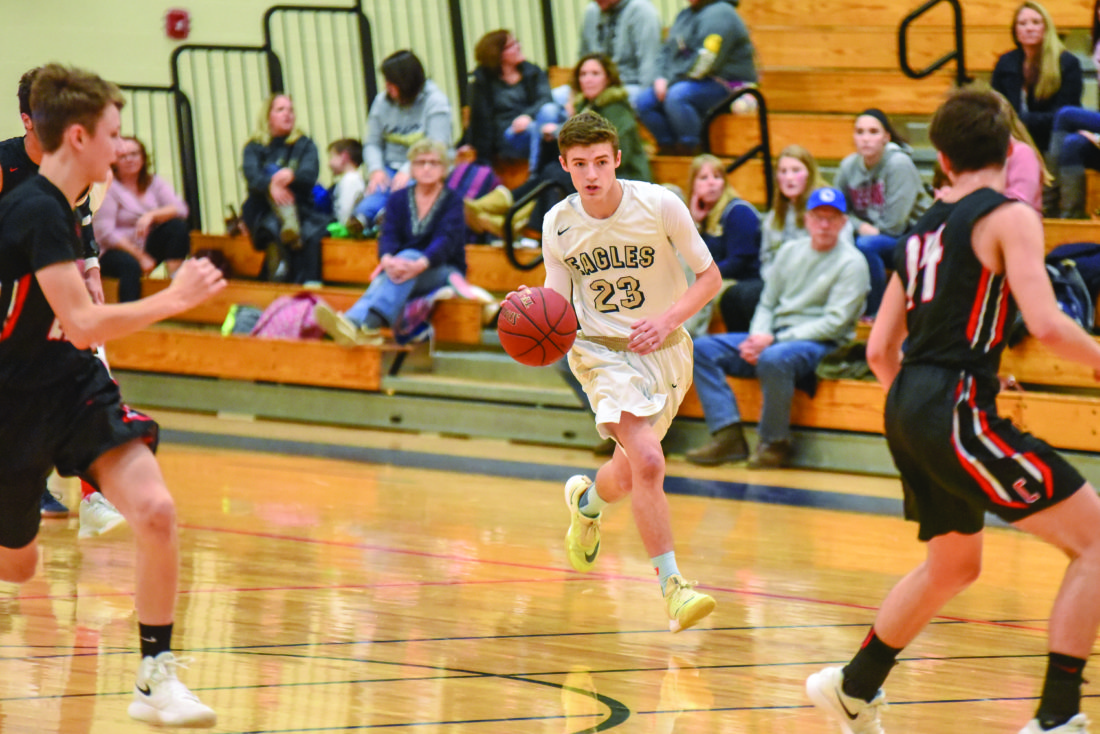 The Eagles totaled just two points in the first quarter last night and dropped a home-contest to Clearfield, 53-45.

The loss dips Bald Eagle’s record to 3-6 on the year.

“We had no rhythm in the first quarter, it was just sloppy basketball,” BEA coach Bill Butterworth said.

The Eagles turned the ball over on their first two possessions before Mark Eminhizer’s score put BEA up 2-0. Clearfield responded to close the quarter on a 9-0 run and seize control of the game.

“We’re a slow-starting team,” Butterworth said. “Two points in a quarter is not acceptable.”

Bald Eagle Area bounced back nicely to outscore Clearfield, 16-15, in the second quarter. Jordan Jones knocked down a three early in the period to cut BEA’s deficit to four. Later in the quarter, Mark Eminhizer recorded a block and Garrett Barnhart scooped up the loose ball and dribbled down the court for a layup. He was fouled on the score and converted his free throw to slash Clearfield’s lead, 16-15.

BEA entered the third quarter down just six points, but cut it to four after Jaden Jones recorded a steal at mid-court and recorded an easy layup. However, Clearfield out-scored BEA 15-10 to take a 39-28 lead in the fourth quarter.

Jones scored 11 of his 17 points in the second half, which showcased his improvement as the game progressed.

“He started a little slow, but then things starting coming to him,” Butterworth explained. “After he settled in he started scoring. He’s one of our go-to guys.”

The Eagles are on a four-game skid after starting the season at 3-2. Despite their recent struggles, it’s still early in the year – leaving them plenty of time to regroup.

“We have a good team, but we’re just not gelling now,” Butterworth said. “But it’s early. We’re only eight games into the season, it’s early and I’m not panicking.”