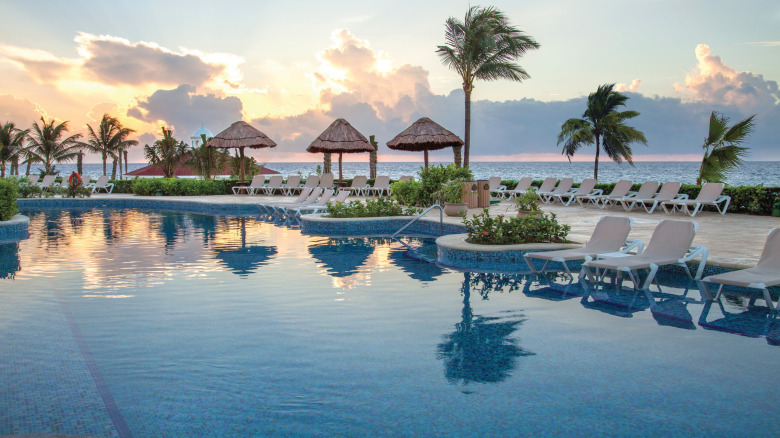 Penn State will be partaking in at least four games in the Cancun Tournament during the 2018-19 NCAAB season. (Photo courtesy of Penn State Men's Basketball)

The eight-team tournament begins with seven games in the United States between the teams in the Mayan Division — Jacksonville State, North Florida, Southern Miss and Western Carolina — and the Riviera Division, which includes Penn State, Bradley, SMU and Wright State.

At the Hotel Riviera Maya in Cancun, Mexico, Penn State will face Wright State in the 8:30 p.m. ET game on Tuesday, Nov. 20 following the contest between Bradley and SMU. The Wednesday, Nov. 21 games will feature the matchups between the Riviera Division bracket winners and losers with the games tipping off at 6 p.m. and 8:30 p.m. ET.

Both of Penn State’s games in Cancun will be televised by CBS Sports Network. Tip times and network designations for the two November games in the Bryce Jordan Center will be announced at a later date.

“Last year our team traveled to the Bahamas for our foreign tour trip, and this year, we have the opportunity to be a part of the Cancun Challenge,” said Coach Patrick Chambers. “Having two games in the Bryce Jordan Center is a great way to open our 2018-19 season, and then going to the resort to play in this location will give our guys another extraordinary experience.”

A special travel package for Nittany Lion fans to join the team in Cancun is available through the Cancun Challenge website (LINK: https://www.cancunchallenge.net/packages.html).

Seven of Penn State’s 2018-19 non-conference games are set with six in November – including the four Cancun Challenge games — and one in December.

In addition to the four games affiliated with the Cancun Challenge, including two at home in early November, Penn State will travel to DePaul for a Thursday, Nov. 15 game as part of the 2018 Gavitt Tipoff Games. The Bryce Jordan Center will play host to Virginia Tech on Tuesday, Nov. 27 for this year’s edition of the Big Ten/ACC Challenge.

For information or to make a 2018-19 Penn State men’s basketball season ticket deposit, fans should go to GoPSUsports.com/climbwithus or call 1-800-NITTANY, weekdays from 8 a.m.-5 p.m.