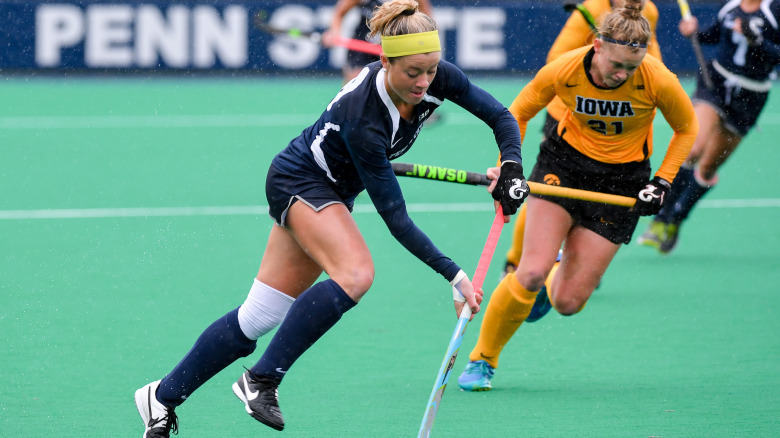 UNIVERSITY PARK – The Penn State Nittany Lion field hockey team, under the guidance of head coach Char Morett-Curtiss, will play nine home games in 2018 as the new schedule has been announced. The Nittany Lions open the season in August and look to conclude the campaign in November in the NCAA Championships.

The season begins on Sunday, August 26, when Penn State hosts Virginia at 12 p.m. at the Penn State Field Hockey Complex. The game against the Cavaliers is the first of nine home dates on the schedule. Penn State treks to Temple on Friday, Aug. 31, for a 6 p.m. game to finish off the August portion of the schedule. September begins with a busy three-game week. The Nittany Lions host Princeton on Tuesday, Sept. 4, at 7:30 p.m. and welcome Kent State for a 4 p.m. contest on Friday, Sept. 7. The busy opening week ends with a contest against Duke, hosted by Temple in Philadelphia, on Sunday, Sept. 9, at 10:30 a.m.

The post-season begins on Sunday, Oct. 28, with the first round of the Big Ten Tournament, hosted on campus sites. The Big Ten Tournament’s bracketed portion (quarterfinals on) will be hosted by Northwestern in Evanston, Ill.) on Nov. 2-4. The 2018 NCAA Championships opening rounds take place on Nov. 10-11 with the NCAA Championships (semifinals and finals) at the University of Louisville in Louisville, Ky.

“We are very excited about our schedule this year,” Morett-Curtiss said. “It’s always a challenge to open up against some perennially tough teams like Virginia, Duke, and Princeton early on in the season but that type of competition gets us ready for the season ahead. We’ve also added Boston University which will give us a look at the Patriot League Champions as well. The Big Ten Conference will be incredibly tough with every team coming in a little more fortified.