Spikes Opening Night is this Saturday

STATE COLLEGE – Summer has officially arrived in Happy Valley as the State College Spikes, affiliates of the St. Louis Cardinals, get set for Opening Night, presented by PSECU and NEWSRADIO 1390 WRSC, this Saturday, June 16 at Medlar Field at Lubrano Park. Fans will enjoy a jam-packed schedule of events to the begin the season when the Spikes host the Williamsport Crosscutters (Philadelphia Phillies) at 7:05 p.m.

The Opening Night fun is highlighted by a fantastic post-game FIREWORKS show to light up the skies over Central PA, presented by PSECU, and the first of two editions of LuCKy’s Kia Giveaway, presented by Lion Country Kia.

Fans at the game can enter LuCKy’s Kia Giveaway at the Lion Country Kia table on the concourse throughout the night, as well at the Spikes Ticket Office. No purchase is necessary, and one “LuCKy” fan will be chosen to drive away from the ballpark a winner with a 2018 Kia Forte LX. Although only one fan is guaranteed to win on Opening Night, everyone will have another opportunity when Lion Country Kia presents the second edition of LuCKy’s Kia Giveaway at the regular season home finale on Friday, August 31 as part of Fan Appreciation Night.

The ballpark fun will begin early on Opening Night in State College as ballpark gates open at the special time of 5 p.m. for the Opening Night Pre-Game Tailgate. Fans of age can enjoy a $1 Beer Kickoff, with 12 oz. domestic draft beers available for just $1 apiece from 5-6 p.m., and all fans will be able to partake in tailgate games around the stadium.

In addition, the first 1,000 fans will receive a Schedule Magnet Giveaway, presented by PSECU, so as not to miss any of the action on the Spikes’ 2018 home schedule.

The Opening Night fun is topped off with the opportunity for kids 12 and under to run the bases. Saturday’s Opening Night game will also be carried live on WHVL-TV, the first of four live TV broadcasts at Medlar Field at Lubrano Park this season.

Following Saturday’s activities, Opening Week at the ballpark continues Monday as the Spikes begin a three-game series against the Mahoning Valley Scrappers (Cleveland Indians) that runs through Wednesday. All three matchups are set to start at 7:05 p.m., with Monday Buck Night, presented by 95.3 FM 3WZ, on tap to begin the set.

By: KENNY VARNER For The Express WINGATE - It was a night of celebration for the Bald Eagle Area boys ... 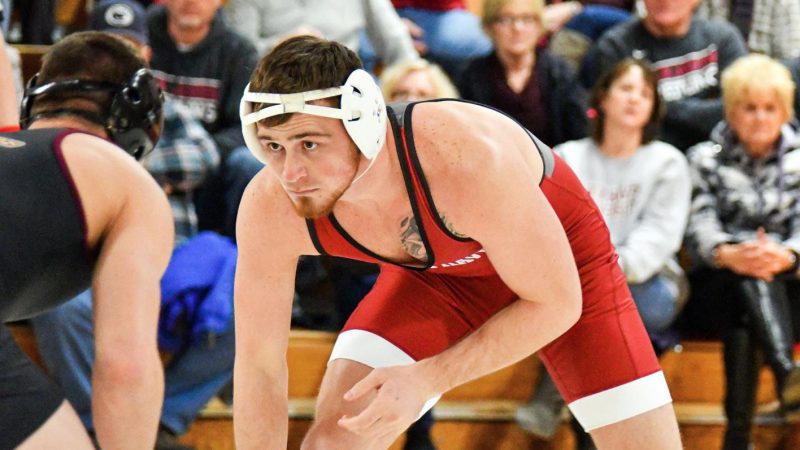