BACK TO WORK: Keystone begins Sectional 3 Tournament on Saturday against Pottsville 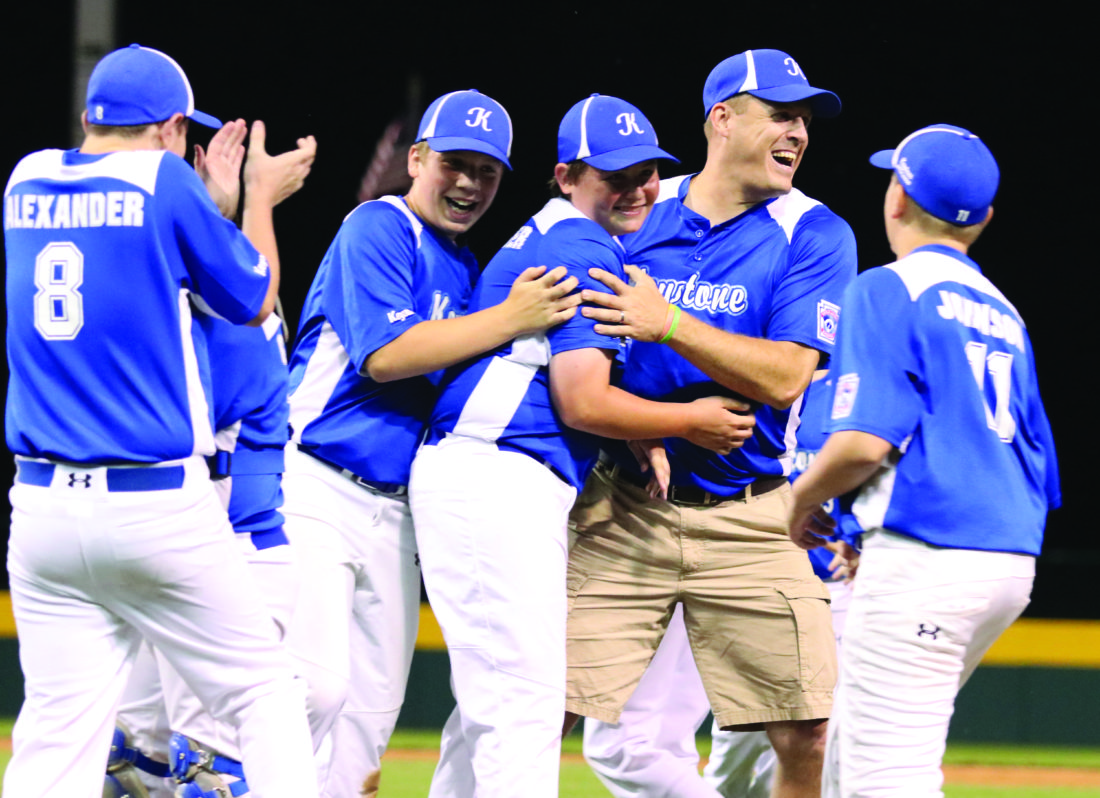 That is the mark of the 2018 Keystone 10-12 All-Stars Little League Baseball team (so far) this tournament season — and head coach Pat Johnson couldn’t be happier about it.

It all started with an easy 5-1 victory over the Williamsport All-Stars on June 22. Two days later, the Keystone All-Stars would face off against Loyalsock — where Keystone would have a 4-0 lead heading into the 6th inning. The Keystone All-Stars would go on to blow that lead, but would return in extra innings to secure a 6-5 thrilling victory. Up next, Keystone would shake off that game with a 11-0 bashing of Newberry. The next game would be in the semifinals where they would take on Montoursville, and Keystone would once again get a win in dominating fashion, 13-5. And it all ended with another outstanding pitching performance for a relatively easy victory in a rematch against the Williamsport All-Stars, 4-2, in the District 12 championship.

But now the championship cheers are over, and the Keystone All-Stars are back to work — this time in the sectional tournament where they have homefield advantage throughout.

“It’s a great opportunity to get to host the Section 3 tournament. We love playing in Beech Creek and the love Clinton County shows Keystone Little League,” said Johnson. “We hope with two games being played this weekend that all Clinton County baseball fans will come out, wear blue and support us this weekend.”

“We’ve got three great teams coming to Beech Creek to compete for a chance to go to Berwick. Our first opponent, Pottsville, we played last year and we’re expecting to get their very best Saturday afternoon,” said Johnson. “We’re approaching it the same way as we have every game in districts with great respect for our next opponent.”

On Tuesday, Pottsville had defeated Cressona, 9-8 to win the District 24 Tournament championship. This would also be the first-ever 10-12 district championship as a unified Little League for Pottsville — territory not new for the Keystone All-Stars.

As a result, Keystone will come into this game as a favorite, but Johnson and Co. aren’t thinking about that at all, and are strictly focused on their team, sectional strategy, and the biggest key of this tournament: pitching.

“The sectional tournament is a more condensed tournament, and therefore the pitching strategy has to change in that we will pitch many more players during the sectional tournament,” said Johnson. “We believe this plays to our strengths because our pitching rotation is deep and experienced. Looking forward to seeing our kids get out there and throw.”

One of those pitchers to keep an eye on and will surely be used heavily in the sectional tournament is Gabe Johnson, who dominated Williamsport with nine strikeouts to secure the district title for Keystone last Friday

“Gabe was very composed on the mound during the district tournament. Most impressed with the way that he hit his spots and owned the mound while out there,” said Johnson. “His presence on the mound was outstanding his first three outings and it’s a luxury to have him going into the sectional tournament.”

And will we see Gabe Johnson this Saturday, or other rich-in-talent pitchers?

The Keystone All-Stars kick-off the sectional tournament this Saturday, July 14 against the Pottsville-All Stars at Blaines Kunes Memorial Park in Beech Creek. First pitch is scheduled for 5:00 PM. Both teams will either advance to the winner’s or loser’s bracket on Sunday.