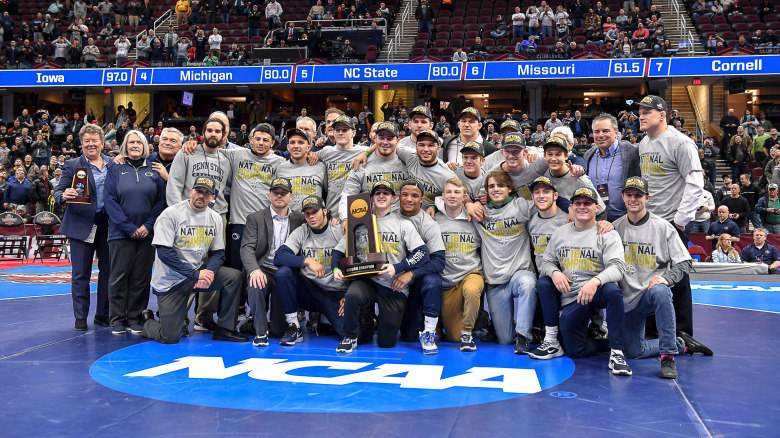 UNIVERSITY PARK – For the 19th time in the past 25 years, Penn State has earned a Top 15 finish in the Learfield Directors’ Cup standings.

The Nittany Lions placed No. 12 in the final 2017-18 Directors’ Cup rankings, finishing in the Top 15 for the eighth time in the past nine years. Penn State remains one of only nine programs nationwide to have finished in the Top 25 in all 25 Learfield Directors’ Cup final standings.

Twenty of Penn State’s 31 teams participated in their respective NCAA Championships in 2017-18 and the Nittany Lion football team won the PlayStation Fiesta Bowl to bring the total to 21 squads in NCAA competition.

“We’ve realized significant team and individual achievements and championships this year and we’re pleased to earn another Top 15 finish in the Learfield Directors’ Cup,” said Sandy Barbour, Director of Athletics. “This recognition is further evidence of the comprehensive excellence our entire ICA team strives for in their daily interactions. It’s a tribute to the students, coaches and support staff who are dedicated to creating conditions for their success. With continued hard work and investment in student and program success, our daily drive is to compete for the top spot.”

Penn State’s 50 NCAA Championships all-time (78 national championships overall) rank No. 5 among all NCAA Division I programs and are the highest total of any college or university east of the Mississippi River. Penn State’s 31 NCAA titles since 1992-93, including a third consecutive NCAA Wrestling Championship, lead all Big Ten Conference institutions. The Nittany Lions have won 107 Big Ten championships or tournament titles since capturing their first crown in 1992-93.