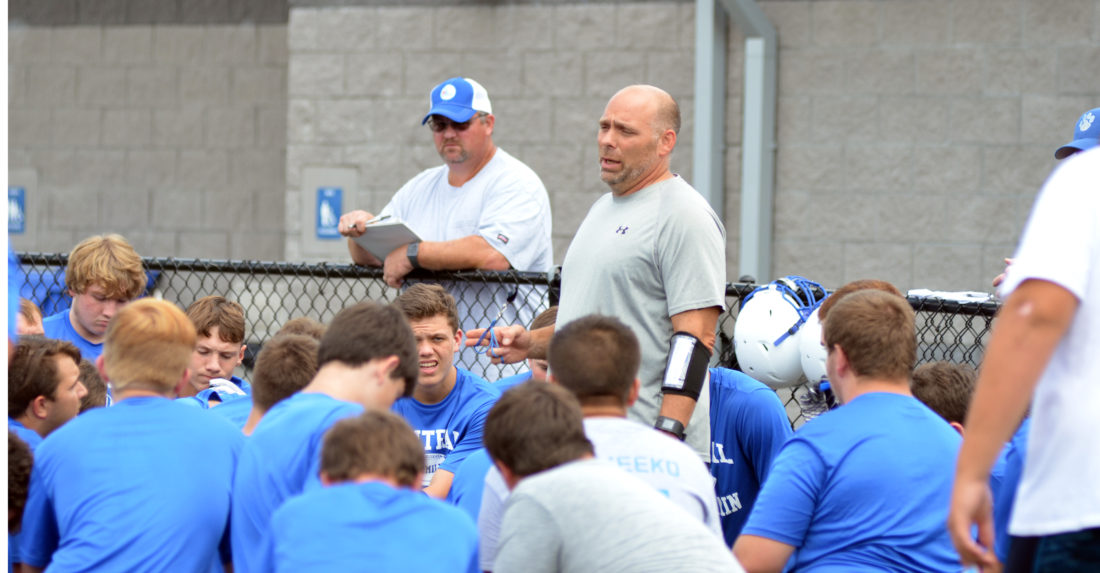 MILL HALL- Central Mountain had a rough start to the 2018 season. They suffered a lopsided 62-26 loss to Williamsport in Week 1, but walked away from the game reassured its offense could generate scoring. Central Mountain complimented its 26 points with 548 yards, and they’ll need to replicate that performance tonight to have a chance at defeating Lewisburg.

The Wildcats host the Lewisburg Green Dragons in its home opener after a week of scorching heat hampered its practice. Temperatures hovering near 100 degrees prevented CM from working in full pads in the evening.

“We’ve had a pretty solid week of practice, considering we’ve had to deal with some changes in our structure due to the heat advisory,” Central Mountain coach Jim Renninger said. “We weren’t able to go full pads in the evening because of the heat index. So we had a 6 a.m. practice and we did some different things this week.

“But overall I thought their focus was pretty good and they worked pretty hard this week.”

Tonight’s matchup features the teams’ first meeting since 2015 when Lewisburg blanked Central Mountain, 37-0, on the Wildcats’ Homecoming Night. Lewisburg enters today fresh off an impressive 32-22 win versus the Selinsgrove Seals– a team who won a district championship and competed in the state playoffs a season ago.

“We’re excited about another week and another opportunity,” Renninger said. “Lewisburg presents some challenges in their own right. They’re a big, physical team. And I think Lewisburg’s probably got their best team that they’ve had that I’ve seen in probably 10-12 years.”

“They have a really talented wide receiver,” Renninger said. “Their running back is very good and their team is big. Other than Hollidaysburg, Lewisburg will probably be the biggest football team we’ve faced all year. They’re up to 290 pounds up front across the line.”

Collin Jones was Central Mountain’s best-kept secret entering Week 1, but after his impressive debut defenses will begin to zone in on him. Jones torched Williamsport for 165 yards and three touchdowns in his first career high school football game, but head coach Jim Renninger expects Lewisburg to shadow Jones with double teams.

“That Farronato kid may very well matchup with Collin,” Renninger said. “That could be exciting between the two.”

Renninger believes both teams matchup equally well. He acknowledged Lewisburg’s superior size is worrisome–but noted Central Mountain has the athleticism to negate it.

The game will be decided in the trenches. Whichever team wins at the line of scrimmage will exit the night with a win.

CENTRAL MOUNTAIN WILL WIN IF