Penn State looking for next set of stars to sustain success 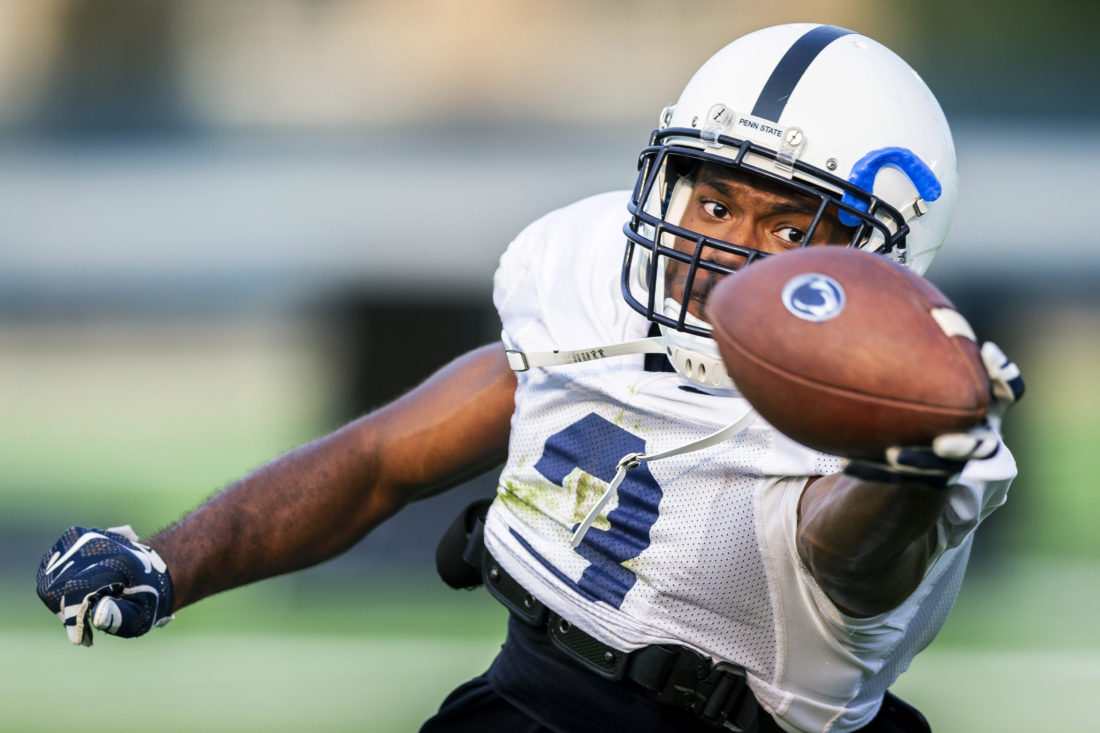 STATE COLLEGE, Pa. — James Franklin knows Penn State is facing more uncertainty this season than the last two, when the Nittany Lions quickly matured into one of the best teams in the country.

Entering his fifth season in Happy Valley, Franklin is confident that some new faces will step in and help Penn State sustain its re-established championship form.

The Nittany Lions return 13 starters and 10 players with starting experience from last year, when Penn State continued its ascent. Since 2016, Franklin’s teams have won 20 of 23 games and a Big Ten championship. The three losses came by a combined 7 points, leaving them just a few plays away from the College Football Playoff.

Fifth-year senior quarterback Trace McSorley said a mix of veterans and untapped talent around them can achieve similar results.

“I think our young guys that are going to be asked to step up and maybe grow up a little bit faster, have done a really good job this summer of taking the right approach and taking that right mindset,” McSorley said. “I think that’s been a big key to our success the last couple years is the chemistry and buy-in.”

There are many more reps to go around at running back, wideout and tight end with the departures of playmaking stars Saquon Barkley, DaeSean Hamilton and Mike Gesicki. The big three combined for 53 percent of the team’s offense in 2016 and 2017.

Running back Miles Sanders, wideout Juwan Johnson and tight end Jonathan Holland have stood out through the summer and into training camp.

Sanders, who was more heavily recruited than Barkley, possesses a similar running style and has made big plays in limited action. Johnson saw a lot of time last season, emerging with 22 of his 54 catches over the final four games. New offensive coordinator Ricky Rahne has pledged to get creative like his predecessor Joe Moorhead and spread the ball around.

McSorley has already obliterated most of Penn State’s offensive records but his consistency stands out. He’s thrown a touchdown pass in 28 straight games and his 77 total touchdowns are 12 ahead of the next QB on the list.

The program’s leader in total offense is also the lone Penn State quarterback with 50 touchdown passes. He’ll have plenty of time to pad those numbers as online oddsmakers have him among the top 10 contenders for the Heisman.

Franklin believes the offensive line will be a strength with four returning starters who all saw their first extended action early last year. A handful of players behind center Connor McGovern, guard Steven Gonzalez and tackles Chasz Wright and Will Fries also have experience.

“We do have eight to 10 guys that I feel could go in the game and play Big Ten-level football,” Rahne said. “That’s huge from where we were the first year we were here.”

On the other side, defensive coordinator Brent Pry will likely take all the time he needs up front to replace both tackles and find depth at defensive end. Starting end Torrence Brown is still recovering from a knee injury and counterpart Ryan Buchholz announced Wednesday he would step away from football due to lingering injuries.

Kevin Givens will be a key piece. Listed at tackle, the 6-foot-1, 283-pounder has eight sacks over the last two seasons and was effective starting the last five games on the outside.

“I think we’re trying to recruit somebody like that each year,” Pry said. “A hybrid-type player that can play end and can play tackle and can do a little bit of both and Kevin is kind of the model for that.”

Ohio State rallied to beat the Nittany Lions in Columbus last season. Penn State will get a chance for revenge — and likely early control of the division — when the Buckeyes visit Happy Valley on Sept. 29. The winner of this matchup has gone on to win the Big Ten title the last two years.

Appalachian State visits Beaver Stadium on Sept. 1. The Nittany Lions are 108-21-1 in season-openers.