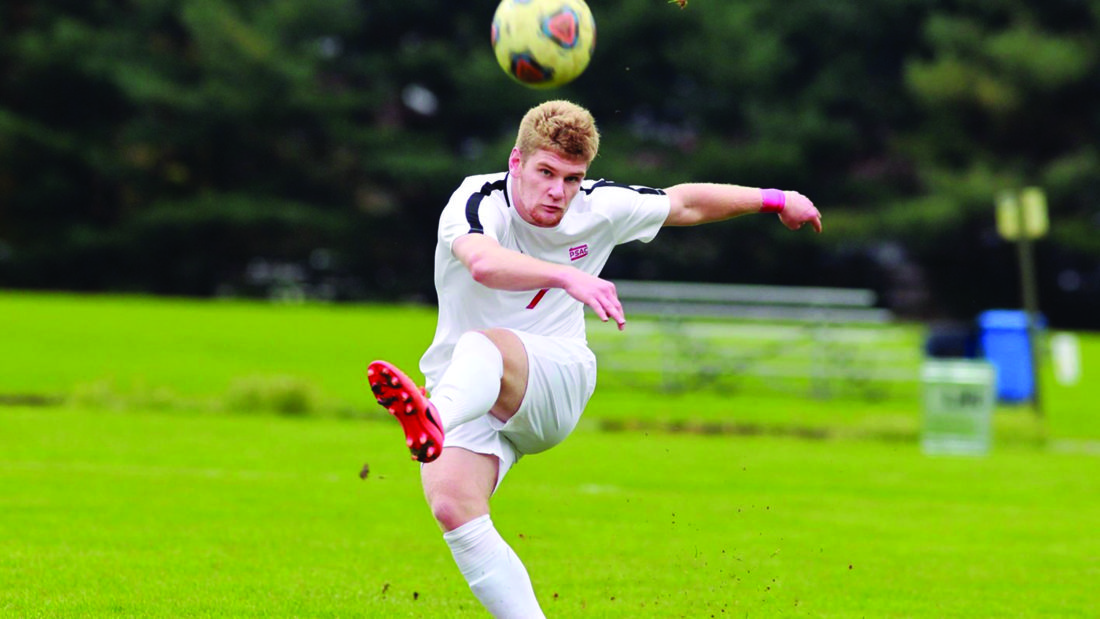 LHU’s Chase Tackett shoots the ball in an NCAA men’s soccer game. LHU opens the season ranked No. 7 in the preseason coaches’ poll.

Lock Haven will look to a strong returning cast, which provides talent in all areas.

LHU will also benefit from the return of last year’s top two goal scorers in Beckham Sibiski and Reggie Holt, both rising sophomores. Last year Sibiski and Holt combined for 11 goals, netting six and five, respectively. Brian Flatter, a talented midfielder with a high work rate will look to direct the flow of every match in 201

The Bald Eagles reported back to campus yesterday for their 2018 preseason training camp, and are already hard at work in preparation for their official 2018 season-opener. LHU will open the season on Thursday, August 30 at 4 p.m. at home vs. Le Moyne.